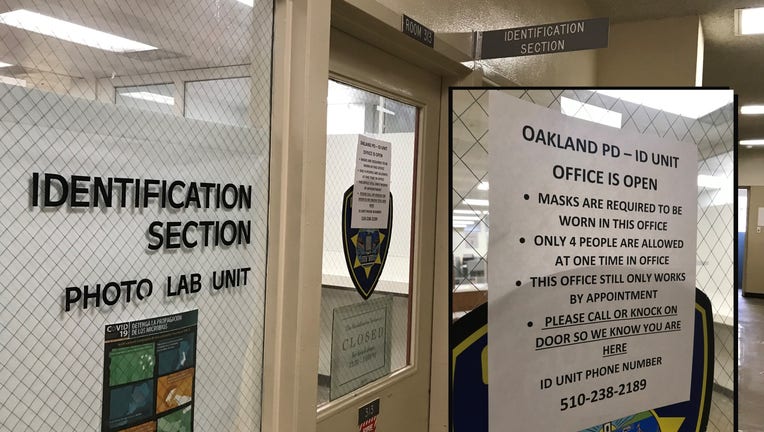 OAKLAND - After receiving questions about its shuttered sex offender registry unit by KTVU, the Oakland Police Department said it began allowing offenders to register remotely or in-person on Tuesday.

The police department initially said it closed its sex offender registry unit on March 16 due to the coronavirus – raising concerns from victims’ advocates. Sex offenders who were trying to comply with their registration requirements were also concerned because many were being found in violation.

The Oakland Police Department told KTVU that it coordinated with the district attorney’s office so offenders would not be prosecuted.

After the story aired on Wednesday, officials with the Oakland Police Department sent KTVU multiple statements that appeared to contradict their earlier statements and information from other law enforcement organizations and offenders.

A spokeswoman on Wednesday wrote that the department's ID unit "was always open, the door was physically closed as the Department prepared to received registrants to comply with the new COVID-19 safety standards to protect the registrants, public and staff."

However, just days earlier, OPD told KTVU "the Oakland Police Department I.D. & Offender Registry Unit is closed due to the COVID19 pandemic. The registration process has been suspended."

KTVU called the unit and was told over the phone that it was closed. Multiple sex offenders told KTVU that they tried to register but could not because the office was closed.

KTVU verified that they were in violation of their registration requirements on the Megan’s Law website.

Earlier, a sign on the door at police headquarters read: "Oakland PD ID Unit closed to public." The sign directed people to a phone number to reschedule appointments.

A sign on the OPD's sex offender registry unit, that has since been removed, said it was closed. Nobody answered multiple knocks either.

On Monday, the Alameda County District Attorney's Office sent KTVU a statement saying, "OPD has not submitted any (failure to register) cases since March 16, 2020 because their ID section is closed."

In a statement Wednesday, the department claimed it “accommodated transitional registrants who were required to register every 30 days by remaining open for walks-ins.”

The department spokesperson said they "proactively contacted" all registrants by phone to reschedule their appointments.

But the offenders KTVU spoke to said the department was not doing walk-ins and they never received calls. The Police Department would not elaborate on whom it contacted or when. It would not say when it conducted walk-in appointments.

Even after the department said its registry unit “was always open” and that it was open for “walk-ins” for transient offenders, it released the following statement: “As of May 12, the Oakland Police is accepting both remote sex offender registration as well as in-person registration to accommodate transient registrants or those without technological capability of remote registration."

A sign on the door now says the unit office is open, masks are required and only four people are allowed in at a time.