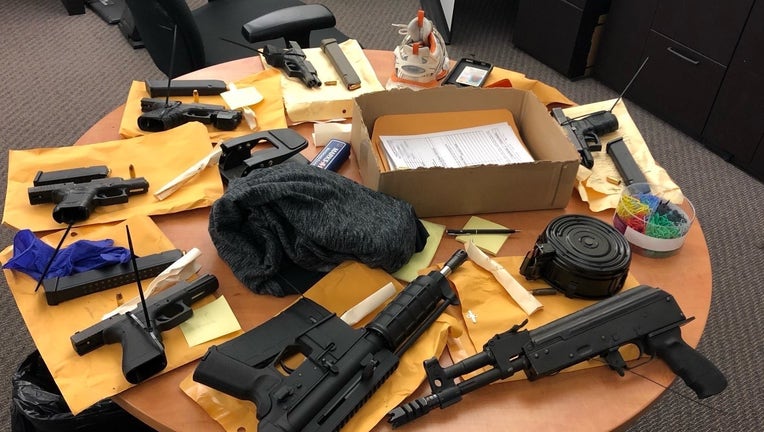 The shooting happened at around 6:35 p.m. on the 2900 block of Capp Street. Police who were working in the area said only vehicles were struck by gunfire.  Police said multiple armed suspects, believed to have been involved in the shooting, fled the area.

Police pursued the suspects with help from Alameda County Sheriff's Department who deployed drones. An OPD helicopter was flown to aid in the pursuit.

The arrests were made about three miles away at the 1100 block of 60th Avenue. Police confiscated seven firearms, including "high-powered rifles."

Police did not identify the suspects. There was no information on what led to the shooting.