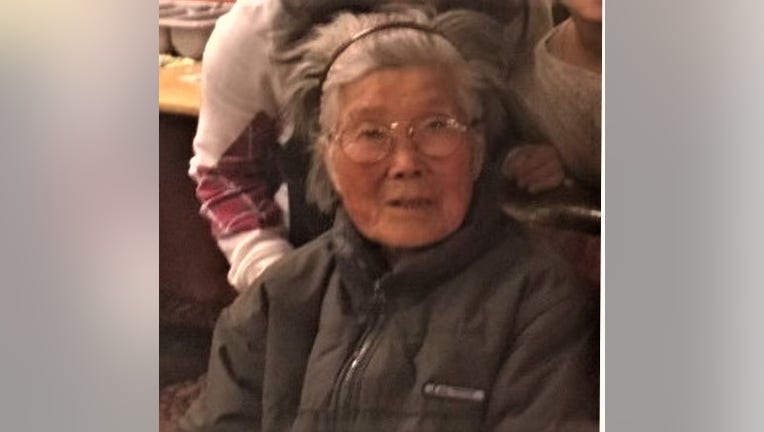 OAKLAND, Calif. - Oakland police asked the public's help in locating a 90-year-old woman who's been missing since Monday morning.

Investigators said Yim Leung was last seen around 10 a.m. in the 3100 block of Minna Avenue in the city's Allendale neighborhood.

Her family told police that she was on her way to church but never arrived. Investigators said she was considered at-risk due to her advanced age.

Her family said she's in good mental and physical health.

Anyone with information about Leung's whereabouts was urged to contact the Oakland Police Department's Missing Persons Unit at 510-238-3641.