Damages to a Mercedes-Benz S600 cost roughly $14,000, insurance claim receipts show, in a hit-and-run at the center of the latest Oakland Police Department saga.

OAKLAND, Calif. - Damages to a Mercedes-Benz S600 cost roughly $14,000, insurance claim receipts show, in a hit-and-run at the center of the latest Oakland Police Department saga.

Mercedes owner Nick Perry of San Francisco filed the insurance claim stemming from the March 25, 2021 hit-and-run at 399 Fremont Street with the city of Oakland the following month. Specifically, the bill came to $13,911.41.

Pictures from the claim obtained through a Public Records Request, and first reported by The San Francisco Standard, show heavy damage to the front bumper of the luxury car.

In the report, Perry had figured out that it was an Oakland-owned vehicle that struck his Mercedes based on the license plate, but at the time he didn't know who was behind the driver's wheel.

The driver turned out to be Oakland Police Sgt. Michael Chung, KTVU has learned. Efforts to reach Chung and his attorney have been unsuccessful. 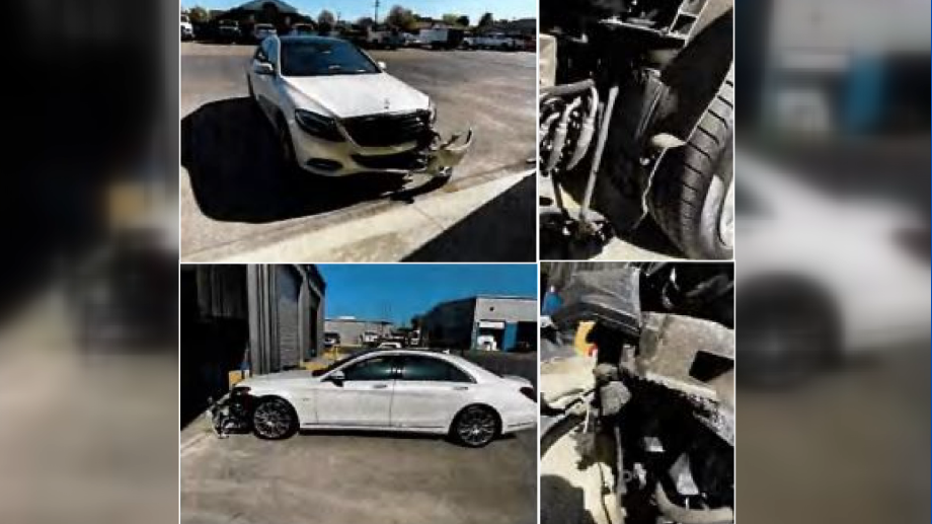 Efforts to reach Perry on Wednesday were also not immediately successful.

But he told The Standard that at the time, he was about to take his children shopping when he noticed his bumper was left dangling off his car, and that he feels this is yet another case of extreme police entitlement.

This week at a news conference, Oakland Police Chief LeRonne Armstrong described the hit-and-run this week as "minor."

However, many others would not.

The hit-and-run – and what followed afterward – has become the flashpoint in the latest setback for the beleaguered police department, now in its 20th year of federal year of oversight – the longest such oversight in U.S. history.

Mayor Sheng Thao placed Armstrong on administrative leave and the likely extension of this federal oversight both stem from Perry's sheared Mercedes bumper – and the dishonesty and coverups that followed it.

A 16-page report made public last week conducted by the law firm of Clarence, Dyer and Cohen revealed that this particular sergeant hit Perry's Mercedes two years ago, while he was with his girlfriend – another Oakland police officer.

Chung was driving a city-owned Chevrolet Tahoe, when he struck Perry's car, stopped for about 5 seconds to see what he did, and then left the scene without getting out of his car, the report found, even though they didn't identify Chung by name. 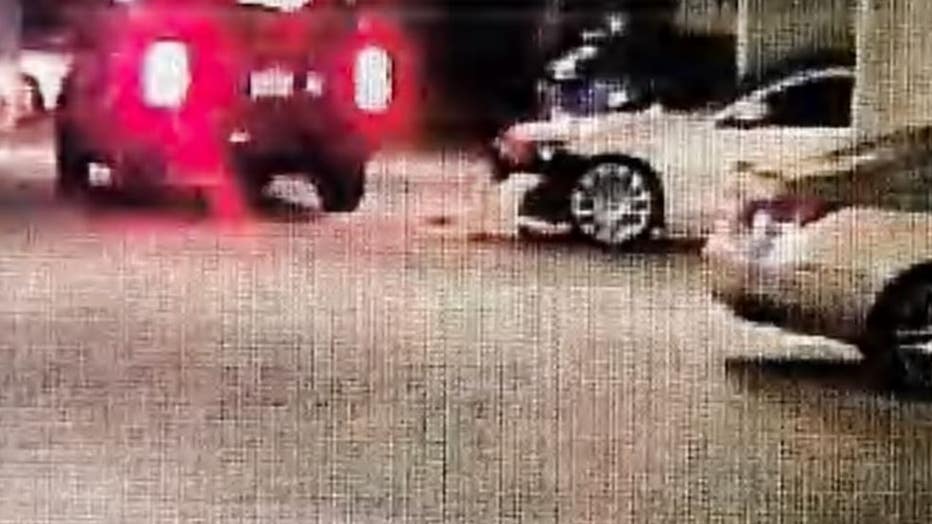 Chung also hadn't reported his relationship with his girlfriend, which he was required to do because he was her superior, the report found.

The city of Oakland discovered this hit-and-run only when they received Perry's Progressive insurance claim for the bumper damage two months later, according to the report.

The police department learned of the collision even later than that.

On July 14, 2021, an OPD lieutenant figured out who the sergeant was by piecing together the video at the scene and the insurance claim. At that point, the lieutenant told Chung to file a report with the San Francisco Police Department. The matter was then referred to OPD’s Internal Affairs division.

An IA investigator was assigned to the case on Oct. 12, 2021, seven months after the bumper hit-and-run and three months after Chung's identity was made known.

The IA investigator drafted his report, concluding that a "preponderance of the evidence" showed that the sergeant should be held responsible for violating the department’s rules and obeying hit-and-run laws. The investigator also "called into question the credibility" of the sergeant and his girlfriend.

But Chung's captain – who now works for the East Bay Park District – ordered him to revise his report, downplaying the misconduct and excluding any mention of the sergeant’s dating relationship or his truthfulness, the report states.

When the IA investigator presented his findings on Dec. 23, 2021, to the "Chief’s Friday Meeting" – eight months after the hit-and-run – Armstrong "did not permit extensive discussion of the case and did not request that the video be shown, instead quickly approving the recommended sustained finding and signing the final ROI without reading it," the report states.

"This guy committed a crime," civil rights attorney Jim Chanin said last week. "There wasn't a criminal investigation. The guy got counseling for this particular issue. What would happen if you or me, if we caused $15,000 dollars in damage in the parking lot and drove away? We would be arrested. That's what is appropriate. Instead, police covered it up." 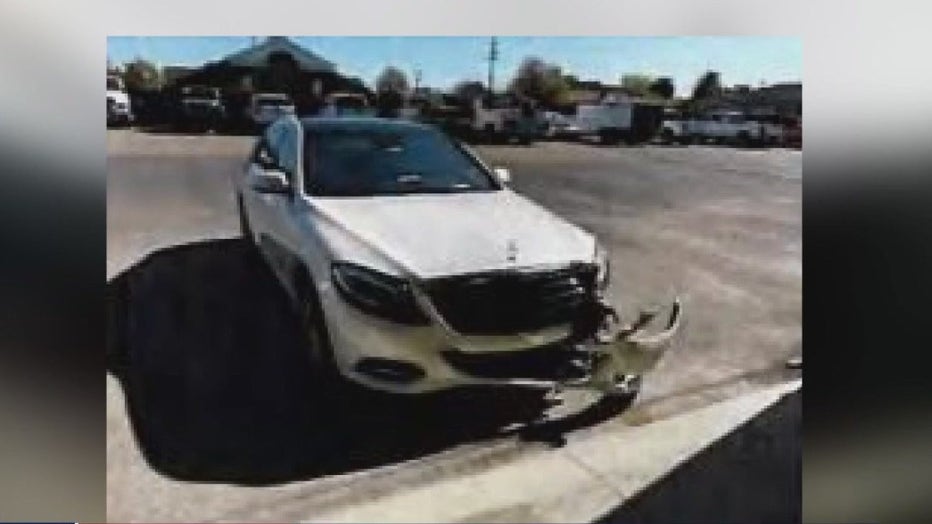 The discharge created a mark on the wall in the elevator, which colleagues noticed.

Chung never reported the alleged accidental discharge of his gun and was found to have removed the bullet casings without initially telling anyone, the report found.

About a week later, Chung came forward, telling an investigator that he was the one who fired the gun but threw the shell casings into the San Francisco Bay while driving his department car over the Bay Bridge.

He was immediately put on administrative leave, and a criminal investigation was launched.

Outside investigators recommended the department discipline him for multiple rules violations.

Chung was put on paid administrative leave that same month. He is still on that leave today, nine months later.

A federal monitor asked the law firm to conduct their own outside investigation into Chung's behavior in May 2022.

It was during this elevator-gun investigation that the Clarence Dyer and Cohen law firm encountered "multiple deficiencies in process and policy that undermined the full and complete discovery of the facts."

The failure to investigate internal misconduct, the report authors wrote, allows employees, like the sergeant, to commit more serious issues.

The report authors did not mince words when they wrote that the investigations into this sergeant "were dogged by a lack of forthrightness" and lacked a commitment to "the pursuit of truth."

The law firm also specifically pointed at Armstrong's failings during all of these IA investigations and they wrote that there are "systemic deficiencies" in the department.

Armstrong spoke publicly this week at an NAACP rally, saying he won't back down from this fight, arguing that he "did nothing wrong" and made the best choices he could based on the evidence presented to him at the time.

However, U.S. District Judge William Orrick took up the issue at a court hearing on Tuesday, showing his dismay at what's going on at OPD.

Orrick said this latest revelation about the sergeant – and his superiors who downplayed what he did – shows a "serious issue that exposes rot."