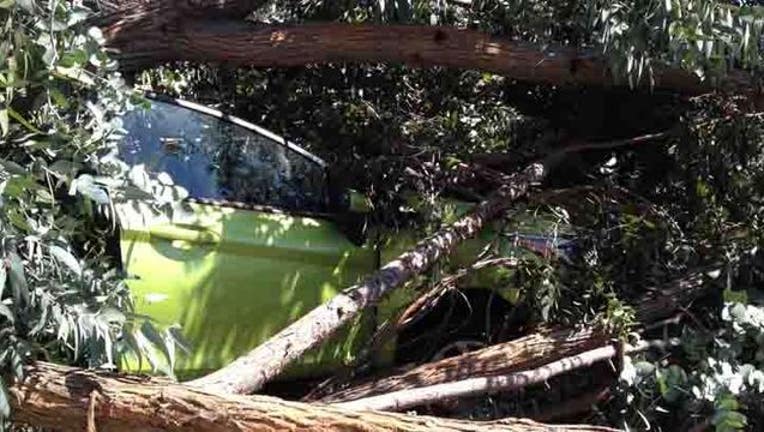 The woman was driving in the area of First Avenue and International Boulevard when the tree fell on her car, Battalion Chief Geoff Hunter said. The downed tree was reported at 12:12 p.m.

Rescue crews managed to get her out of the car uninjured.

The back seat of the car was damaged but unoccupied. If the car had been just three feet further back, she would have been hit by the tree, Hunter said.

Public works crews were working on getting the tree removed from the roadway.