OAKLAND, Calif. - To many, she’s simply known as “Mama.” Oakland resident Mary Ella Gilliland turned 103 on Monday, with an outpouring of love from some of her biggest fans and those whose lives she’s touched. 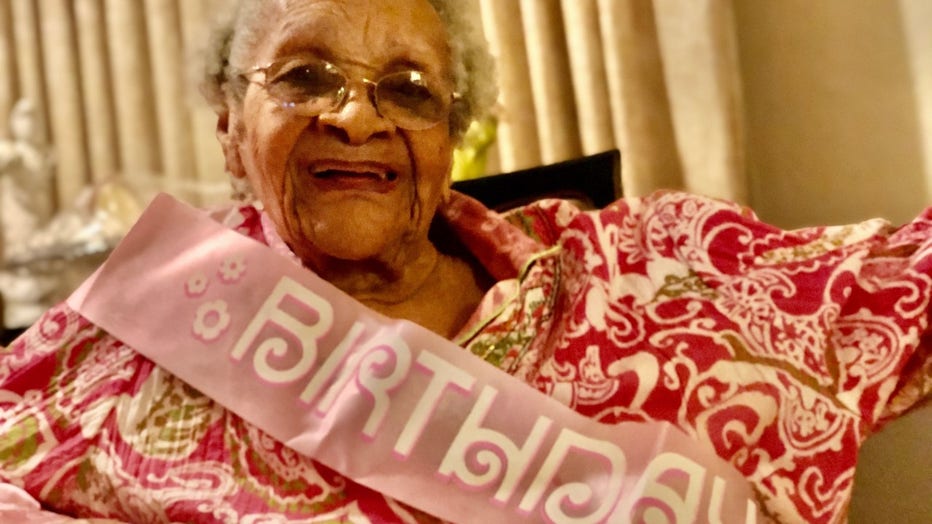 Born in Houston in 1917, she moved to Oakland more than 70 years ago, where she’s remained. 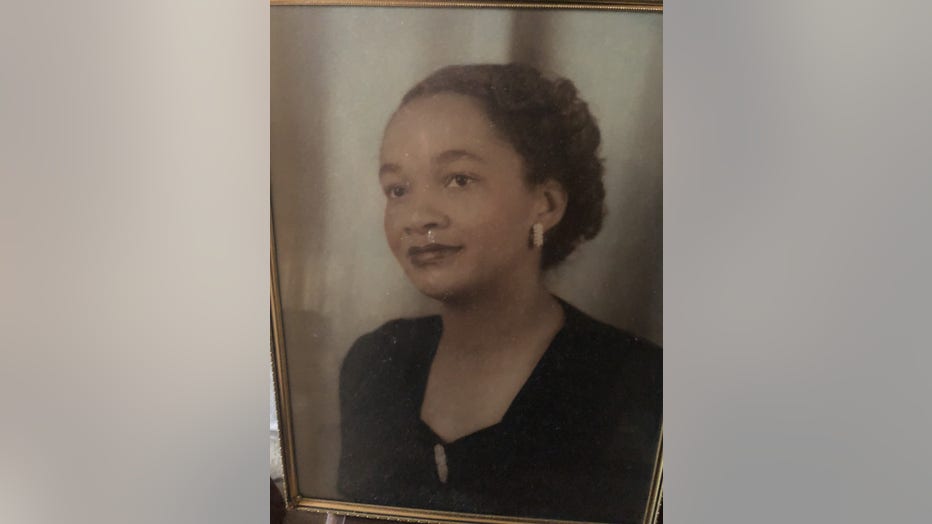 On Dec. 7, 2020 Renee Cage Watson celebrated the 103rd birthday of Oakland resident Mary Ella Gilliland, known as "Mama" to many.

With her late husband of 60 years, Wilburn Gilliland, she had one biological child, a son who died in 2011. But there was a long list of those who considered themselves one of her children.

Perhaps none more appreciative of the role Mama has played in her life is Renee Cage Watson.

"Mary Gilliland was a mother surrogate to many,“ Watson told KTVU and said that the person she was today was all owed to Mama.

A licensed therapist and life coach, Watson also works with the adoptions program at Alameda County’s Department of Children and Family Services.

She was 17 months old when Gilliland became a part of her life. When Watson’s biological mother, who suffered from substance abuse, was not able to care for her, a friend of a friend told Gilliland about the infant girl and said that the child was in need of a babysitter. So that’s when Gilliland, a.k.a. “Mama” walked into her life and never left.

“Mama says a couple weeks later my mother in a crisis said she could [not] care for me nor had the money to pay,” Watson explained. “Mama said don't worry about it and the rest is history.”

Watson said at first Mama was there to support her biological mother. “...then my mother's substance abuse problem got really out of hand and mama took me and raised me until I graduated from [high school]."

And when Watson attended college at California State University, East Bay and then went on to receive her master’s degree in social welfare at the University of California at Berkeley, Mama continued to be there for her.

She “has been my support throughout my entire adult life. I owe my success to her,” Watson said, adding that she credits her for the values that have shaped her own life. “My Mama instilled the importance of education; speaking up for what I believe in and having respect for myself and others,” she said.

Watson said that she was never legally adopted by Mary and Wilburn Gilliland as a minor, and there was regret over that. “Although we both regarded each other as mother and daughter it was never official,” Watson explained. “She shared with me that she regretted not legally adopting me when Daddy was alive, so a few years ago we made it official.” The pair went through the legal process of adult adoption. 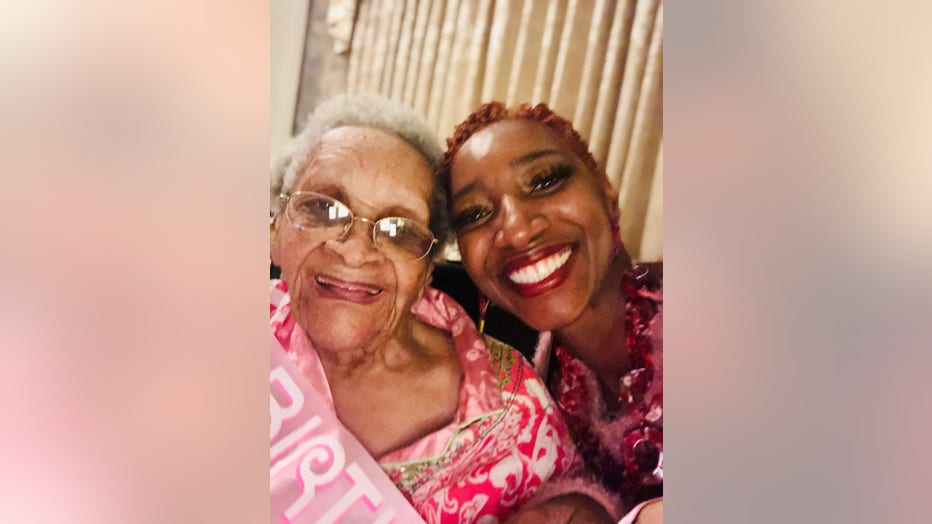 For her mama's 103rd birthday, Watson wanted to make sure the woman who has meant so much to her got the celebration that she deserved. Due to the pandemic, it had to be a virtual gathering via Zoom. 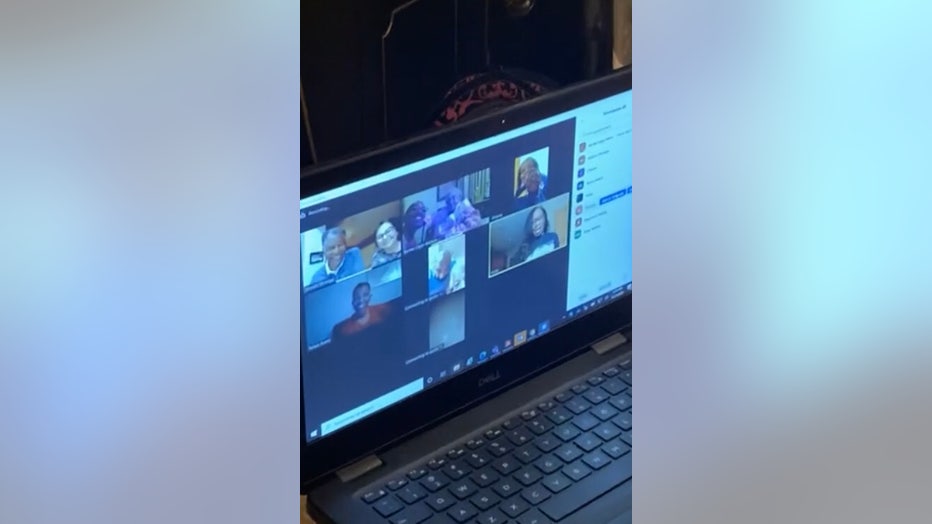 Virtual celebration was held for Oakland resident Mary Ella Gilliland, known as "Mama" to many, who turned 103 on Dec. 7, 2020.

Watson also said Gilliland has dementia and hasn’t really been aware of the current situation brought on by the coronavirus restrictions. But they made the most of the celebration: There was cake, ice cream and food from local favorite Evertt and Jones Barbeque. 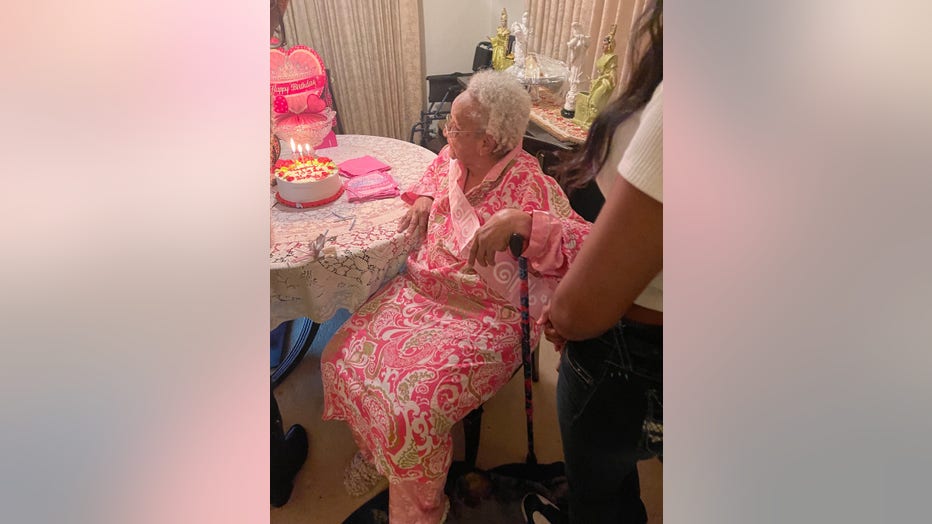 Celebration was held for Oakland resident Mary Ella Gilliland, known as "Mama" to many, who turned 103 on Dec. 7, 2020. (Renee Cage Watson)

There was also an abundance of love and appreciation for the woman, who over the many years, so easily stepped into the role as a surrogate mother to so many.

Watson said her mama's longevity was a product of a healthy life-style. “She always had a garden full of veggies and fruit trees. We had chickens, so we had fresh eggs.”

But it goes way beyond that. It's one that's resulted from a life full of kindness, a giving heart, and the bonds she created through her family, her community and with those who’ve regarded themselves as one of her many children. “She's such a beautiful spirit,” Watson said. “She is kind hearted, thoughtful and generous to all.”