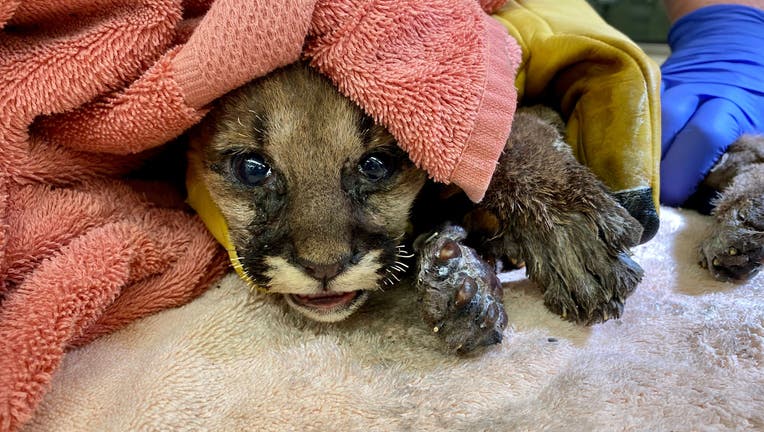 OAKLAND, Calif. - Oakland Zoo's Veterinary Hospital is caring for an orphaned mountain lion cub that was burned in the Zogg Fire and rescued by a Cal Fire firefighter.

Much of the fire coverage from the wildfire that ignited in Shasta County on Sunday has focused on devastation to humans and evacuees, but the impact on wildlife was laid bare when the zoo shared photos of a 3.75 lb., male cub with singed paws from the flames. 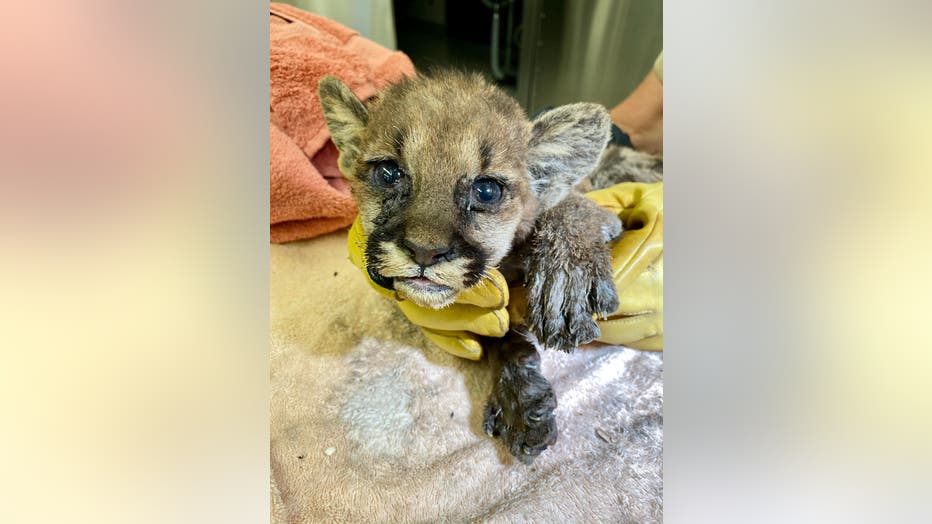 At four to six weeks old, the orphaned cub will not be released back into the wild when it recovers officials say. The animals usually stay with their mothers for two years. The cub would not be able to survive on its own.

California Department of Fish and Wildlife contacted the zoo to get treatment for the young mountain lion. By Wednesday evening the cub was receiving care.

"California’s wildfires are erupting on a scale that we’ve never seen before, and we expect that we’ll have more burn patients than we have the capacity to treat in our own veterinary facility.”

After the zoo's veterinary team examined the cub, they determined he was badly burned, especially his paws, and his whiskers were singed off. The cub also suffered irritation to his eyes. On a positive note, the cub is now eating on its own and "acting feisty." X-rays of the cub were taken to see if there was damage from either smoke inhalation or to its bones, but those results were positive.

“We’re grateful to be part of this amazing little cub’s rescue and rehabilitation. It’s an amazing effort between Cal Fire, the Shasta County Sherriff’s Department, and of course our partners at the California Department of Fish & Wildlife," Dr. Alex Herman, the zoo's veterinary director said. "In the past two years, this marks our thirteenth mountain lion cub rescue for Oakland Zoo in partnership with CDFW. We’re cautiously optimistic that this cub will now survive and thrive, our dedicated team at Oakland Zoo is fully committed to do everything we can for him and for his beautiful species.”

Upon full recovery, the cub will be placed in a suitable forever home or sanctuary. 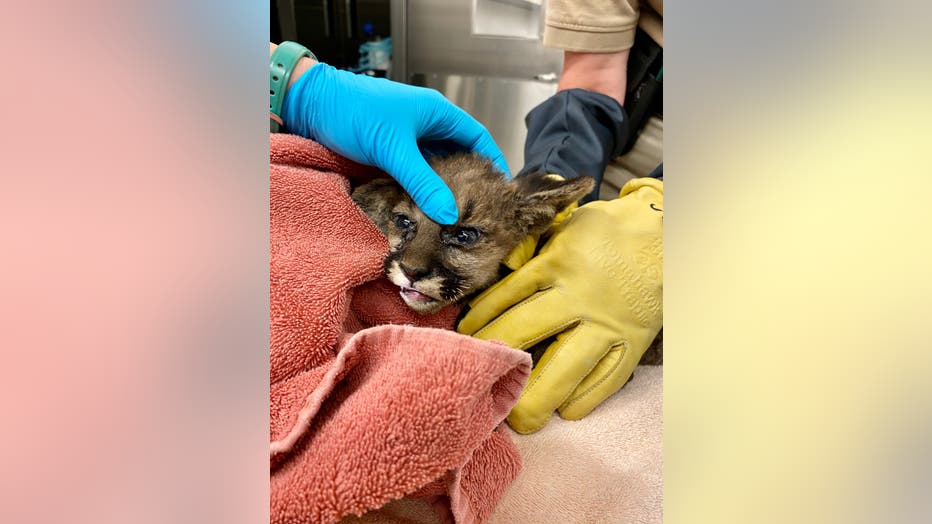