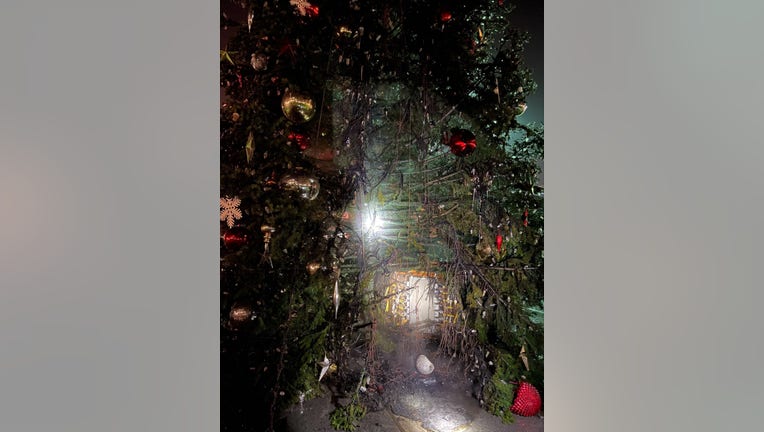 An arson investigation was underway on Monday, Dec. 6, 2021, after someone set the tree at Oakland Jack London Square on fire. Oakland fire officials said flames had partially engulfed the tree and that the flames had raced to the top of the tree. (Oakland Fire Dept.)

OAKLAND, Calif. - An arson investigation was underway in Oakland on Monday, after the large Christmas tree at Jack London Square was torched overnight.

A 50-foot-tall Christmas tree in Jack London Square was intentionally set on fire, according to city firefighters. An arson investigation is underway and officials plan to continue with the lighting ceremony scheduled for Saturday.

The Oakland Fire Department said vandals apparently used a spray can accelerant and lighter to set the 52-foot tree on fire.

Fire officials told KTVU crime reporter Henry Lee that when crews arrived at about 1:20 a.m. Monday, the fire had reached all the way to the top of the tree, which was partially engulfed in flames.

"Approximately 10 percent of the base was burning," said Michael Hunt, Fire Department spokesman.

It took five to 10 minutes to extinguish the fire, and officials said that the close proximity of Oakland Fire's Station 2 to Jack London Square helped with the quick response and reaction to the fire. 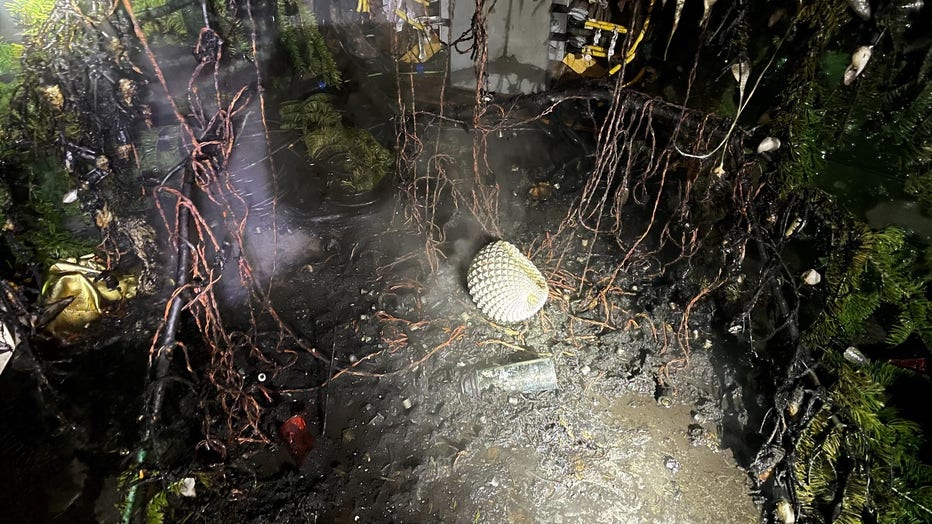 Oakland fire officials said on Monday, Dec. 2, 2021, someone used a spray can and lighter to set on fire the tree at Jack London Square.

Officials also said that at the scene, investigators found evidence that a lighter had been used to ignite a spray can.

"At the scene of the fire, there was what looked to be an aerosol canister found at the base of the tree," Hunt said. "So we are making a preliminary assumption that was directly involved in lighting the fire."

The flames came close to electrical equipment, but the tree wasn't plugged in at the time, Hunt said.

Both Oakland's fire and police departments were investigating.

The tree was decorated and prepped for the official lighting ceremony scheduled for 6 p.m. Saturday, Dec. 11. The holiday event, sponsored by KTVU, was to include live entertainment, music, and a special appearance by Santa. 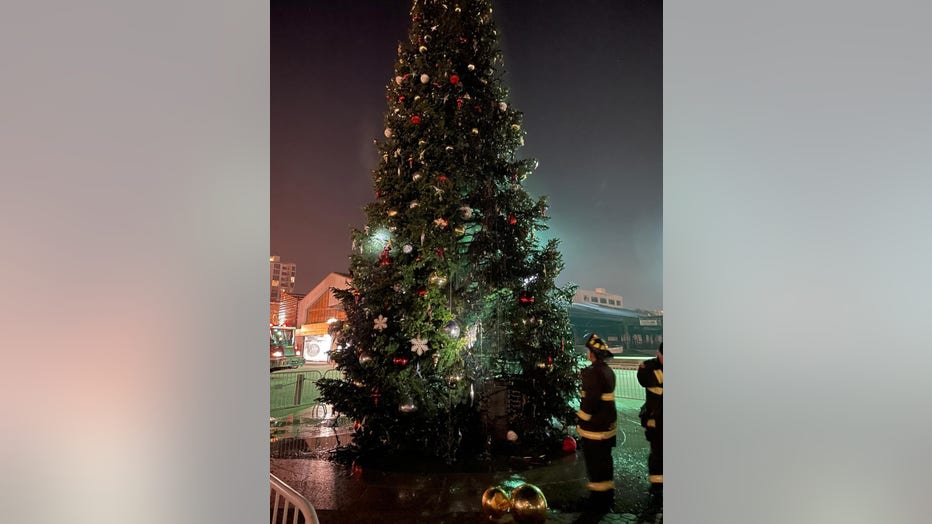 Jack London Square officials said that the condition of the tree was being assessed but that they expected the tree-lighting ceremony to go on as planned.

"The Jack London tree is iconic. We were blown away to walk by and see that," said Justin Taylor, who works in Oakland.

Taylor had a message to whoever was responsible: "Do better, man! There's got to be something else better to do with your time than to to take away from something that brings so much joy to the community."

Nola Anderson, who also surveyed the charred tree, agreed, saying she felt "Great sadness. I mean, this is a time of love, giving and sharing, so why somebody feels the need to be so destructive, especially at a time like this."