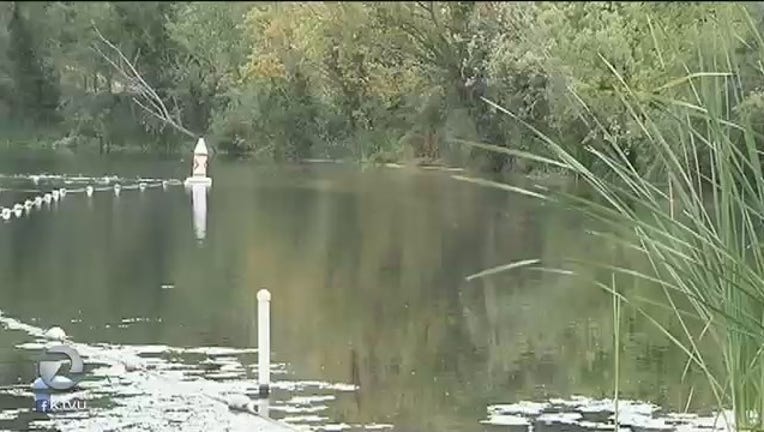 OAKLAND, Calif. - Oakland's Lake Temescal has closed again after a city pipe got clogged, likely with wipes, and allowed at least 9,500 gallons of sewage to flow into the body of water, according to the city and the park district.

That means no fishing is allowed because of the elevated levels of unhealthy particles in the water, according to Dave Mason, a spokesman for the East Bay Regional Park District.

The district closed the lake on Wednesday indefinitely after the spill that occurred in a neighborhood upstream of the park.

Because of coronavirus, the picnic areas, the playground, the swimming area and the south entrance parking lot are all closed.

“It’s really disheartening that the City of Oakland continues to have these sewer spills that impact recreational opportunities for local residents, especially now when they need it more than ever," Mason told KTVU.  “Sewer spills are a public health and safety issue. It’s hard to believe the city continues to neglect and fix their sewer system that they are responsible for managing.”

Mason called the number and size of these sewage spills "unacceptable."

Sean Maher, a spokesman for Oakland's Department of Works, said that his crews got a report Wednesday just before 1 p.m. about the sanitary sewer overflow.

Maher emphasized that a pipe did not burst.

Rather, he said the spills occurred because there was large amounts of debris found in the nearby collection system, that began "wreaking havoc on our system."

He said clogged pipes has been a "national problem throughout the COVID-19 pandemic as more people are staying at home."

Lake Temescal has been closed off and on for years because of regular sewage spills.

And it's not the only place in town with sewage problems.

Two years ago, 2 Investigates found that, nearly 250,000 gallons of sewage overflowed  onto Oakland city streets and into waterways in 2016-17, the most recent data available.

That was a 729 percent increase from the previous fiscal year.

Back then, the Environmental Protection Agency fined Oakland $226,500 for violating a consent decree and letting untreated sewage, containing E. coli and other toxins, into the San Francisco Bay over a roughly three-year period.