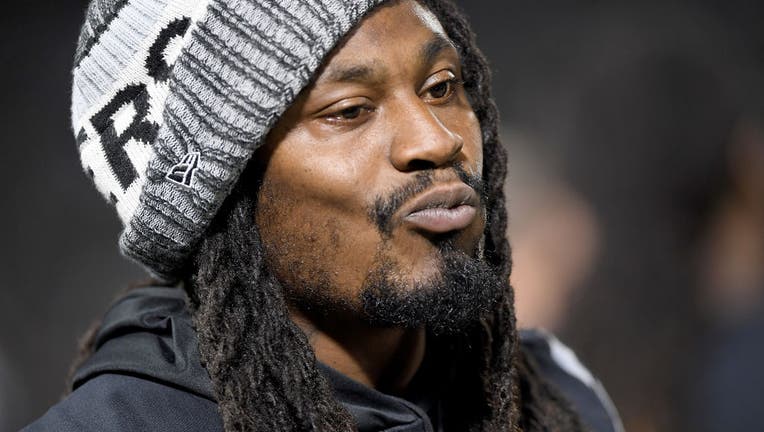 This week, Lynch was captured on camera donating masks to folks at Lake Merritt, the Alameda County Food Bank and at Highland Hospital. People even noted Wednesday was his birthday too.

"Marshawn out here for the people," one man said as he accepted a mask from Lynch, who was riding around the lake on a motorized wagon.

Some of the masks had Lynch's BEASTMODE logo on them, from his store on Broadway.

Lynch’s decision to donate masks in Oakland coincided with an order from several Bay Area counties including Alameda County requiring face coverings be worn in public.

One person tweeted that Lynch passed out a combined 7,500 masks between the Alameda Food Bank and the Alameda Point Collaborative, which is a supportive housing community that uses its resources to help families and adults break the cycle of homelessness and poverty.

Lynch is a graduate of Oakland Tech High and has been known to do many philanthropic acts in the community. Lynch’s Fam1stFamily Foundation, which he started in 2006, is focused on the under-served youth, “aiming to build new generations of innovative thinkers to create solutions for the future of Oakland and the world.”

Lynch played for the Raiders and the Seattle Seahawk and retired for the second time a few months ago.