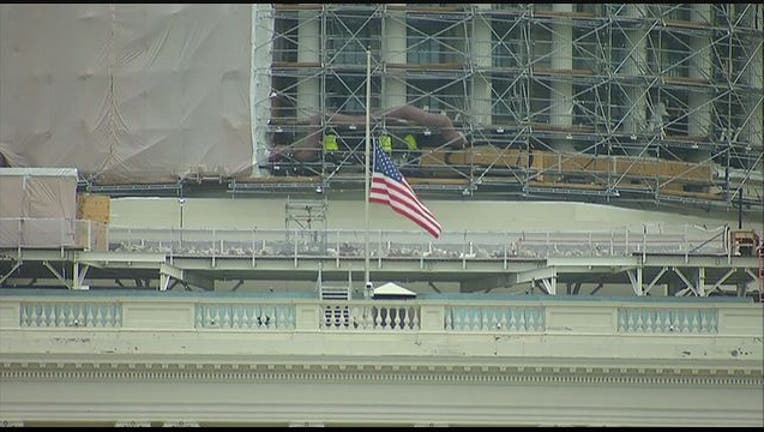 (WTTG) -- President Obama has ordered that flags be lowered to half-staff at the White House and federal buildings across the country to honor the victims of last week's shooting rampage in Chattanooga, Tenn., after facing pressure from lawmakers and others.

In a proclamation issued early Tuesday afternoon, Obama said of the Chattanooga victims, "We honor their service. We offer our gratitude to the police officers and first responders who stopped the rampage and saved lives. We draw strength from yet another American community that has come together with an unmistakable message to those who would try and do us harm: We do not give in to fear. You cannot divide us. And you will not change our way of life."

The decision comes after congressional leaders ordered flags at the U.S. Capitol lowered to half-staff earlier in the day -- that decision fueled questions over why the White House hadn't yet done the same.