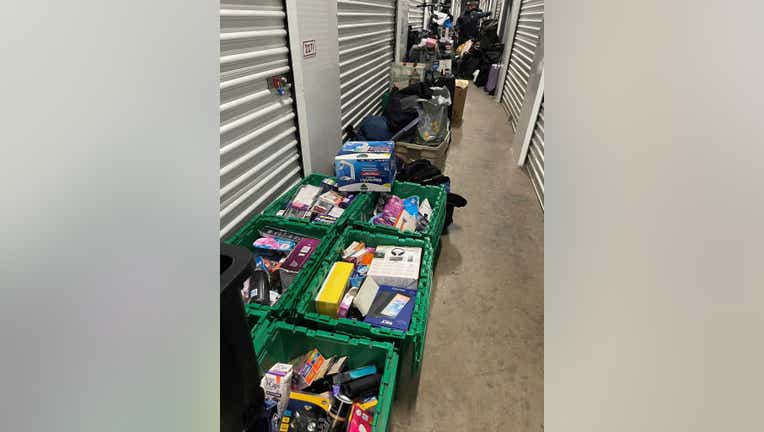 This photo shows some of the stolen items seized by law enforcement.

VALLEJO, Calif. - Law enforcement discovered a vast retail theft operation that led to the arrests of two people and officers recovering more than $200,000 in stolen merchandise.

A recent arrest led CHP investigators to obtain and then execute a search warrant at a home in Vallejo on Thursday where they found evidence of a retail theft operation involving merchandise stolen from several stores including, CVS, Victoria’s Secret, Gap, Target, and Nordstrom.

In addition to the residence, a search warrant was served at a storage facility in Vallejo, connected to the same suspect.

Vallejo Police investigating several suspected lootings, including one that led to an officer-involved shooting

Vallejo Police investigating several suspected lootings, including one that led to an officer-involved shooting

At the same time, the San Francisco Police Department's Retail Theft Unit assisted CHP investigators with a search warrant at a second storage facility in the city.

While officers were at the San Francisco storage unit, a man connected to the locker arrived. He was detained and later questioned by investigators who determined he was involved with the organized retail theft.

He was subsequently arrested.

"These kinds of crimes aren’t just hurting large retailers. In our city, they’re hurting workers who are losing their jobs and seeing their hours cut. They’re hurting seniors who depend on neighborhood pharmacies that are being forced to shutter," he said.