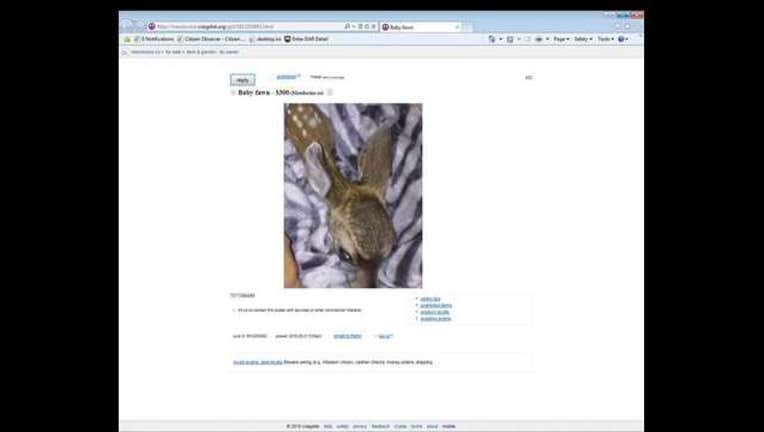 HOPLAND, Calif. (AP) - Authorities say a Northern California woman was arrested after she scooped up a fawn from a rural road and attempted to sell the animal on Craigslist.

The San Francisco Chronicle reports Thursday that 28-year-old Lacy Jean David of Ukiah posted the ad Tuesday asking $300 for the baby deer. She posted a photo with the ad.

State game wardens set up a sting to meet her and buy the deer. She says she picked up the creature in Mendocino County at about 2 a.m. It is illegal to pick up a fawn and sell it online.

David was arrested at the sting on an unrelated warrant for failure to appear in a prior drug case. She was released on bail later in the day.

The fawn is in good health and remains at a rehabilitation facility.