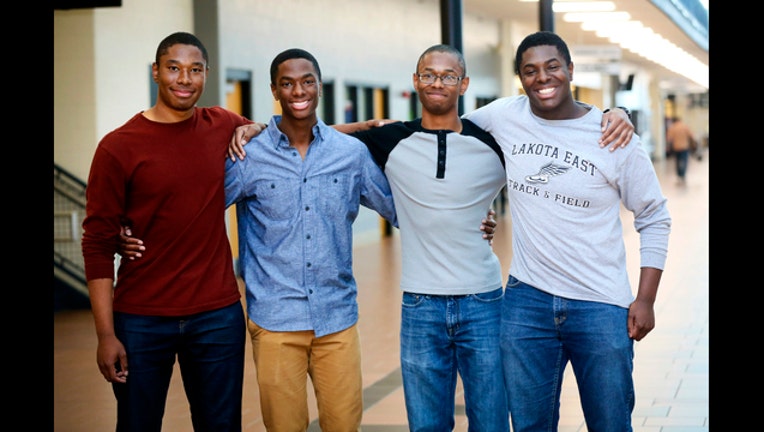 Lakota East seniors and quadruplet brothers from left, Zachary, Aaron, Nigel, and Nick Wade pose together at Lakota East High School, in Liberty Township, Ohio, Wednesday, April 5, 2017. All the brothers have been accepted at some of the nation's top

CINCINNATI (AP) - Quadruplets from a Cincinnati suburb are more in sync than their looks. They've chosen to attend Yale University together over other top schools in the country, including Harvard and Stanford.

The Liberty Township brothers say they had great visits to Yale and were offered hefty financial aid packages.

After they got their acceptances from multiple schools, Aaron was leaning toward Stanford while his brothers favored Yale. But he said he was happy with Yale after visiting.