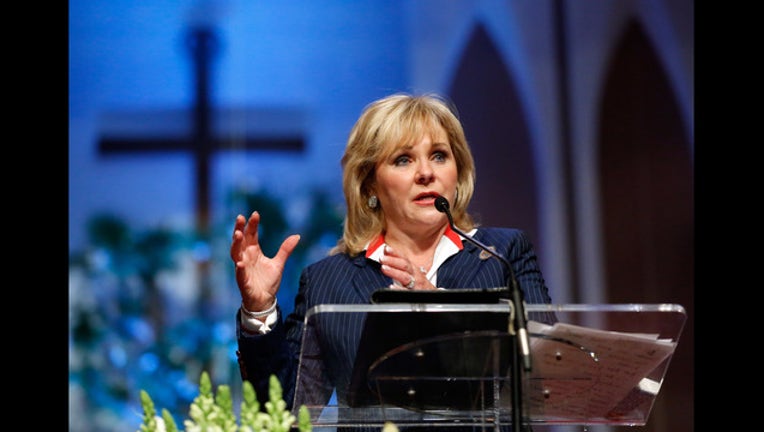 The bill written by Republican Sen. Greg Treat provides legal protections to faith-based agencies that won't place children in LGBT homes because of religious or moral convictions or policies.

The Family Equality Council, which advocates for LGBTQ families, said in a statement that the Oklahoma law targets the gay community and encourages religious-based adoption agencies "to discriminate on the basis of their belief that LGBTQ people should not be raising children."

Freedom Oklahoma, another LGBT advocacy group, threatened to sue the state over the new law.

"Make no mistake, we will fight for the most vulnerable Oklahomans targeted by this law. Our message to Gov. Fallin and the lawmakers who championed this travesty is simple: We'll see you in court!" said Executive Director Troy Stevenson.

"The new law will bring more adoption services to the state and allow crucial faith-based agencies to continue their decades-long tradition of caring for Oklahoma's most vulnerable children," Oklahoma's Catholic bishops said in a statement.

Treat, the Senate majority floor leader and president pro tem designate, has said he's convinced some faith-based groups are hesitant to participate in adoptions for fear of being sued for discrimination.

"I would not be standing here on a bill as controversial as this if I didn't believe it would help more children to get into loving homes," Treat said during a sometimes testy debate near the end of the legislative session earlier this month. But gay rights groups disagreed, saying it would lead to fewer children being placed because some groups would exclude same sex homes from hosting them.