SANTA ROSA, Calif. (KTVU) - With only bout 10% of Santa Rosa homes rebuilt from the 2017 Tubbs fire, the second anniversary of the fire will cause a turn for the worse in many victim's finances.

On Tuesday, many folks waiting to complete or rebuild their homes in the Tubbs Fire are getting cut off, financially. 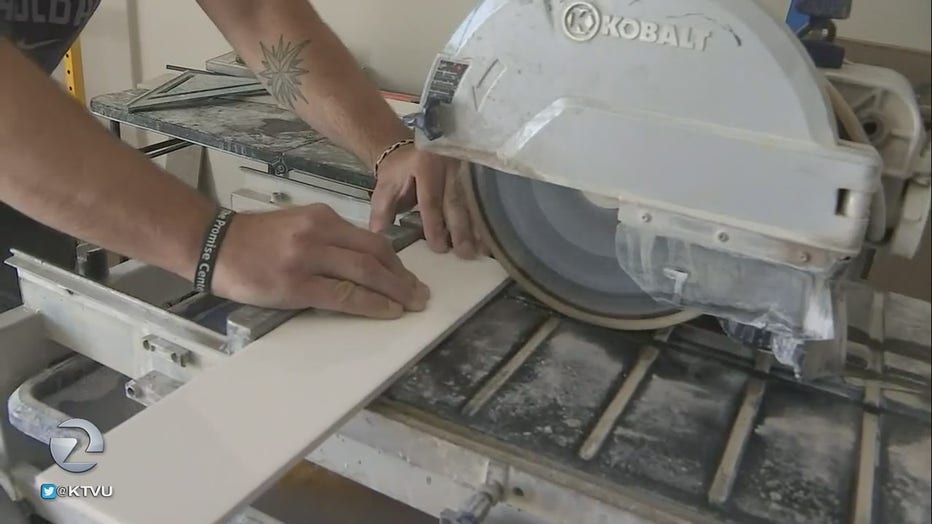 Jim and LuAnn Scally have been in the Coffey Park rebuilding process since two days after the Tubbs Fire, two years ago tomorrow.

"Additional Living Expenses" are included in homeowners' policy to provide living expenses while the  insured's home is rebuilt.

In Scally's and most folks cases, insurers provide two years worth of Additional Living Expenses. But the Tubbs Fire overwhelmed available contractors making a two-year rebuild of the entire region impossible. "When you lose maybe ten homes, you can rebuild them. But, when you lose 6,000 you can't," said homeowner Jim Scally.

With a couple of months left, to move in, the Scally's insurer will no longer pay the family's rent.

"So now we'll have the double whammy of a mortgage payment and a rent payment until the house is complete," said Mr. Scally.

"A couple thousand are running out of their temporary rent from their insurance and now are going to have to dig into their own pockets to cover until they can move back into a replaced home, said Ms. Bach.

Bach said, this is unfair and probably illegal under the circumstances, broken promises and false advertising.

"They sell it like it's peace of mind plus a contract. But, they enforce it like it's just a contract," said Bach. She added that many people who were unknowingly and unwittingly underinsured because their insurers told them they had adequate insurance coverage, have not been able to rebuild at all.

"Meanwhile the clock has been ticking and now they're getting cut off," said Bach.Some insurers, not all,  notably, Farmers, Liberty and AAA have taken mercy, extending living expenses for as much as another year.

"State Farm and Nationwide are digging in their heels and saying, 'Nope, two years, we're cutting off,'" said Bach.

And, adding insult to injury, those who start building now, must adhere to a new, much stricter building code that just went into effect. "It is a total of $20,000 to $40,000 more, per house," said Scally.

Insurers who say a deal is a deal and a contract is a contract, have a strong legal point. But, as the new financial damage develops from all of this, selling new policies might be very difficult.