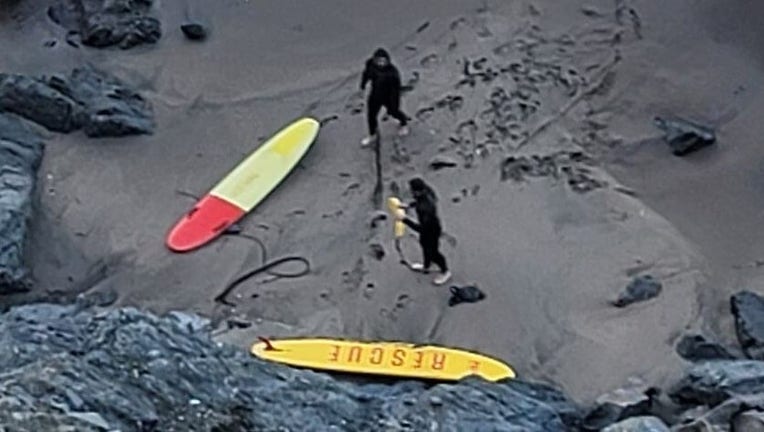 SF Fire Dept. Lt. Jonathan Baxter confirmed the adult male victim's death Thursday evening after the department had previously posted to social media that the victim was in critical condition.

SF Fire and the U.S. Coast Guard were called to help.

Marine units located the victim who was rescued by a bystander swimmer in the area along Land's End trail. San Francisco Fire Department first tweeted about the incident shortly after 3 p.m. 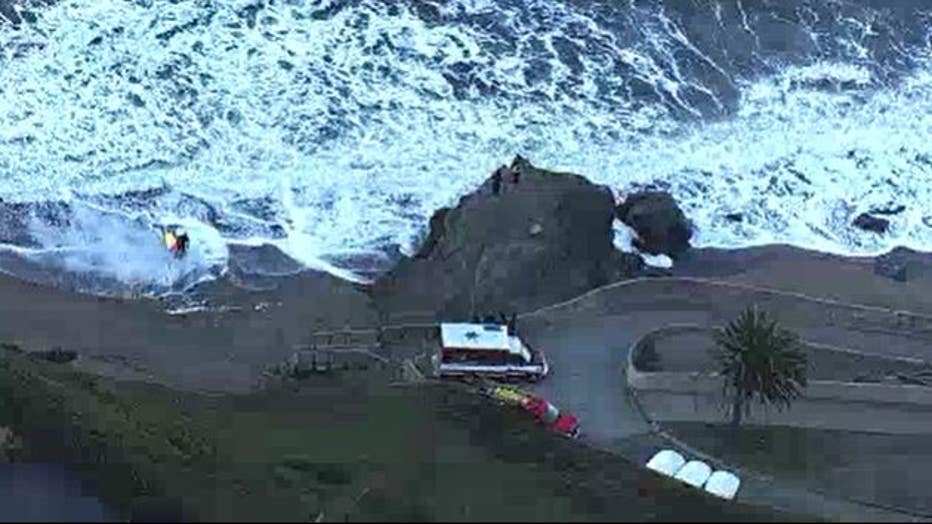 The fire department described tough terrain and surf conditions during the rescue effort. The department said the victim has been transported from the water to a ground medic unit.

Lt. Baxter said the victim was found fully clothed and that he was "DOA." Fire officials said it was unknown how or why the person was in the water.

Their identity has not been released. 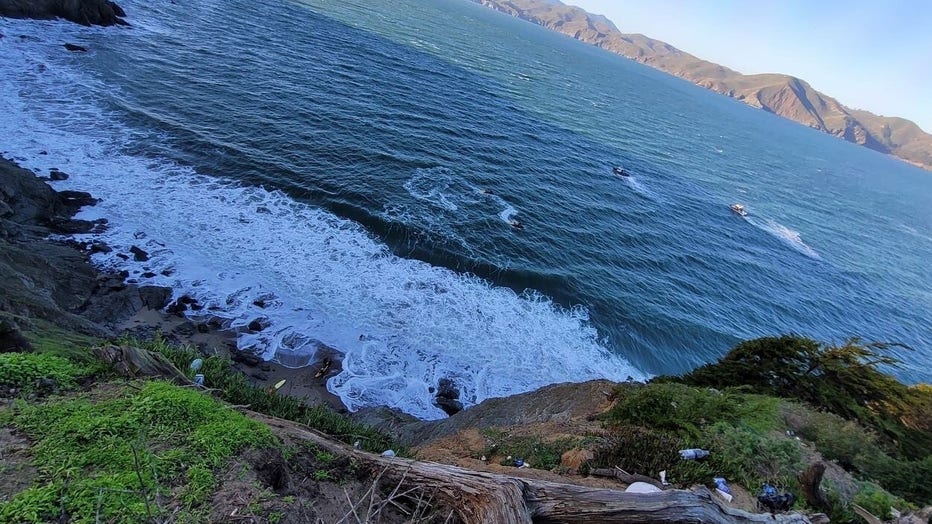