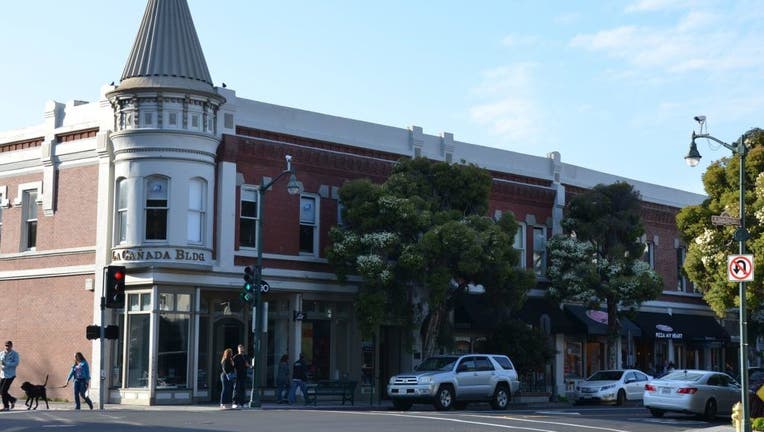 LOS GATOS, Calfi. - In a town that has barely grown for the last two decades, Los Gatos is looking to add more housing--almost twice as many units as it needs by 2040.

Officials are recommending 3,783 new housing units in the next 20 years. That's a significant 90% increase over the town's state-mandated housing production goal of 1,993. According to the town's own calculation, Los Gatos needs between 1,500 to 2,000 new housing units by 2040 to keep up with growth.

Town officials said the ambitious housing plan is an effort to make Los Gatos more inclusive to non-white, less-affluent residents. But opponents say the numbers don't quite add up.

"We also want to address the inclusivity issue, but I don't know if this is the answer," resident Lee Fagot told San Jose Spotlight. "This is not true demand."

Los Gatos leaders are planning a pivot away from single-family homes toward multi-family housing options such as duplexes and townhomes.

Under the draft Los Gatos 2040 General Plan, housing density will more than double the current rate across town for the first time in recent history, potentially adding almost twice as many units as it needs to accommodate population growth in 20 years.

Low-density neighborhoods could see up 12 housing units per acre, a jump from a maximum of 5 units per acre under the previous general plan.

A proposed change in land-use designation will allow for more mixed-use developments and multi-family housing options, including duplexes, triplexes, fourplexes, cottage courts and townhomes, which are generally more affordable than single-family homes, according to the plan.

"The town really focuses on how to become a more inclusive community (through affordable housing) and be more welcoming for people who earn less money," Prevetti said.

But some residents worry new housing could worsen traffic and stretch limited resources in the area, such as water and energy.

"This is contrary to our population changes, which have been either flat or declining," Fagot said. "We just don't see that level of housing demand in town."

Fagot, a resident of more than 30 years, added he "feared that the plan is a response to the state's housing target" rather than a policy change that makes sense for the town.

The town is required to have policies to allow new housing, but it is not tasked with building them, Los Gatos Community Development Director Joel Paulson said at a community meeting.

This has deterred newcomers, officials said. The town's population grew about 1,200 residents between 2010 and 2018. That's a 0.5% increase annually and is among the slowest rate in the South Bay. Los Gatos had about 30,000 residents as of 2019, census data shows.

Los Gatos has also seen a growing vacancy rate over the last decade that grew from 5.3% to 6.5% between 2010 and 2018, according to the town's data. In comparison, the housing vacancy rate in Santa Clara County declined over the same period--from 4.4% to 3.9%.

The goal of the general plan, Prevetti said, focuses on bringing "a wider variety (of housing) and a wider variety of price points" to a new population that historically couldn't afford to live in Los Gatos.

Los Gatos is tasked with providing 1,993 housing units under the 2023-2031 Regional Housing Needs Assessment cycle, a state mandate that requires local cities to plan for affordable housing needs. There is no penalty, however, if cities fail to meet their state-mandated housing goals.

"Last time we only had to plan for 600 housing units with our (allocation)," Prevetti said. "This time we have to plan for at least 2,000. So this is a significant ask and the town is up to the challenge."

The housing targets for the Bay Area went up this cycle to account for unmet goals in previous cycles, according to the Association of Bay Area Governments. The agency mandates a housing target each Bay Area city or town must meet every eight years.

At least six Bay Area jurisdictions have appealed their mandatory housing allocations under the 2023-2031 RHNA cycle. Los Gatos did not.

The new proposal doesn't apply to the hillside areas in the town out of safety concerns of wildfire. 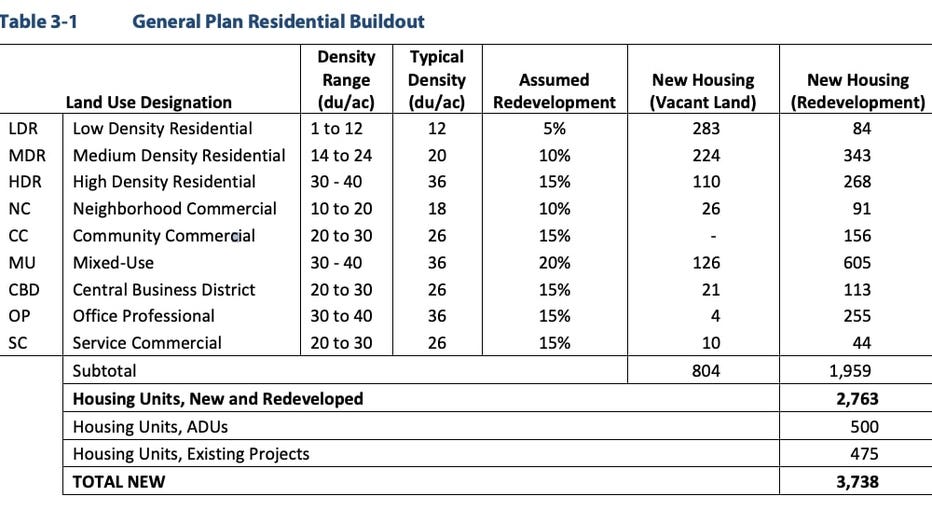 Short on vacant land, the town will depend on redevelopment projects in mixed-use areas, as well as medium- and high-density residential areas, to meet its ambitious goal.

Prevetti said the town will prioritize mixed-use redevelopment projects along commercial corridors or older shopping centers. At least 20% of the new units must be affordable for low or moderate income households, those earning $117,750 to $177,624 a year for a family of four, respectively.

"This will also allow for gentle increases in density within neighborhoods following our residential design guidelines," Prevetti said. "You're not really going to be able to see the change, but within a particular building, if somebody wanted to carve it up into individual units, they could do that."

The lofty goal would equate to adding 200 new housing units a year. Officials said they doubled the goal because they want to plan out for the next two cycles of the housing allocation.

"This is a pace that's never been seen in the area and certainly not in the town," Fagot said. "I don't see any basis of why such numbers should be put in place."

Per state law, a single-family lot can accommodate up to three housing units, including accessory dwelling units. The town is also counting on those to meet its housing goal.

The plan to densify Los Gatos and double its housing goals comes as the Bay Area's largest city, San Jose, gears up for its own battle over an initiative called "Opportunity Housing."

The policy would allow developers to build up to four homes on plots of land limited to single-family homes.

A Los Gatos resident named Leonie said at a recent community meeting she's concerned about how the plan could exacerbate the town's water and traffic issues. She did not provide a last name.

"Los Gatos is a funnel for the beach on (Highway) 17," she said. "We can't plan too (many) more buildings if we don't have the water and the roads that will sustain them."

Los Gatos is doing an environmental impact report to assess these concerns, Paulson said. The report is due this summer.

Town officials have held four community meetings to review the proposal since 2018, which Fagot says is not enough.

"We need more citizen input in this process," he said. "The impact of this plan is going to be on the next generation, so we need to think this through."