TOWSON, Md. - It began as a touching gesture to show support for a neighbor who was struggling, and then it grew into something much bigger -- a community-wide demonstration of connectedness and a physical symbol of love and light. 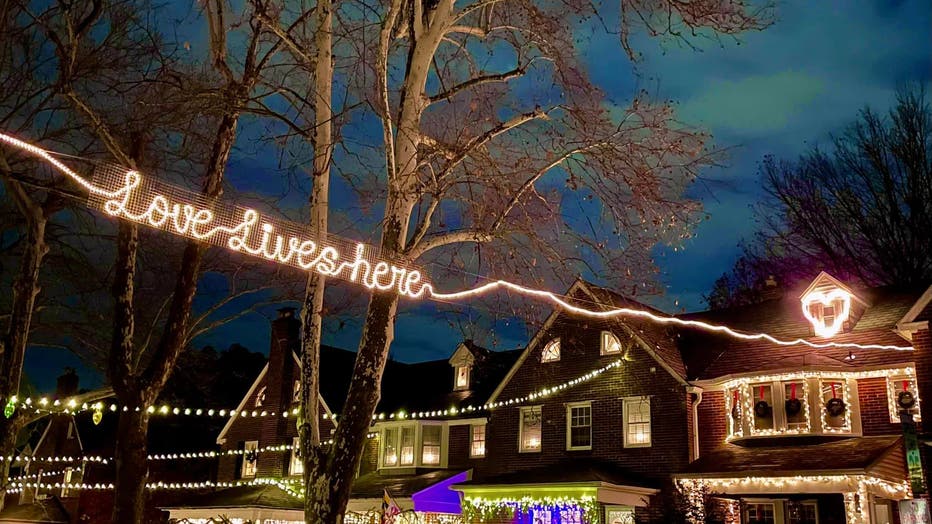 Christmas lights stretch from one side of the street to the other and down the block in Baltimore area neighborhood, where the display first began as a show of support for a neighbor. (Matthew Riggs )

Residents on Dunkirk Road in the community of Towson, just north of Baltimore, have strung up holiday lights stretching from one side of the street to the other and up and down their block. And at the centerpiece of the light display hung a bright handmade sign that read: "Love Lives here."

It’s the second year the light display has lit up the neighborhood.

It all began in November 2020, when Matt Riggs and his wife heard their neighbor and friend from across the street, Kim Morton, was going through a difficult time managing the stress and the anxiety brought on by the pandemic.

As both families maneuvered through distance learning with their teenage kids and were all working with the uncertainties of the times, the Riggs understood and wanted to show Morton she wasn't alone.

So wife Kerry Riggs dropped off cookies at their neighbor's home. And Matt Riggs strung up one single strand of light from their side of the street to the Mortons' home. The light was to symbolize that despite the isolation she felt, they, as a community, would continue to be connected.

It was an act of kindness that not only moved Morton, but it also ended up moving others on the street to follow the Riggs’ lead.

That single strand spanning from one house to the next, multiplied and lit up Dunkirk Road.

"Within a few days more lights had shown up at the bottom of the street," Riggs told KTVU. 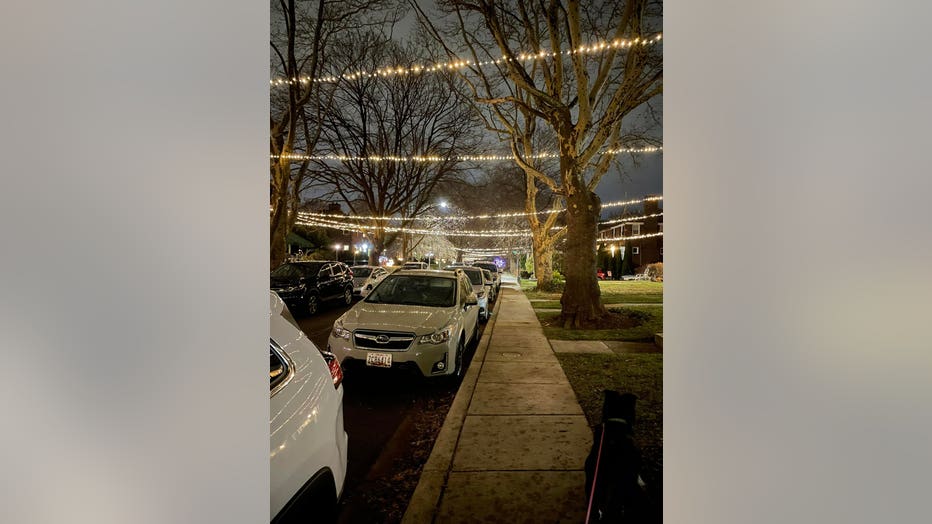 Residents of Dunkirk Road in Towson, Maryland have lined their street with lights that span from one side to another, in a display meant to symbolize their connectedness. The lights first went up in November 2020 and have returned for a second year.  (Matthew Riggs )

And then a neighbor, Melissa DiMuzio, decided to step it up another notch. She added to the display a large lit up "Love Lives here" sign that she created by hand.

"Bent coat hanger wires into the letters and tied the rope lights to the wire to make that happen," Riggs recalled, adding, "It took many hours, eight to 10 hours, I think, of labor to put that together."

One year later, with the world still in the grips of the pandemic, the lights have returned. In fact, the neighbors made an event of it last month, closing off streets, bringing out tools and ladders and blasting Christmas music to turn their little community into a single large light display. And other inspirational light up words have been added to the display, including "Dream" and "Believe. 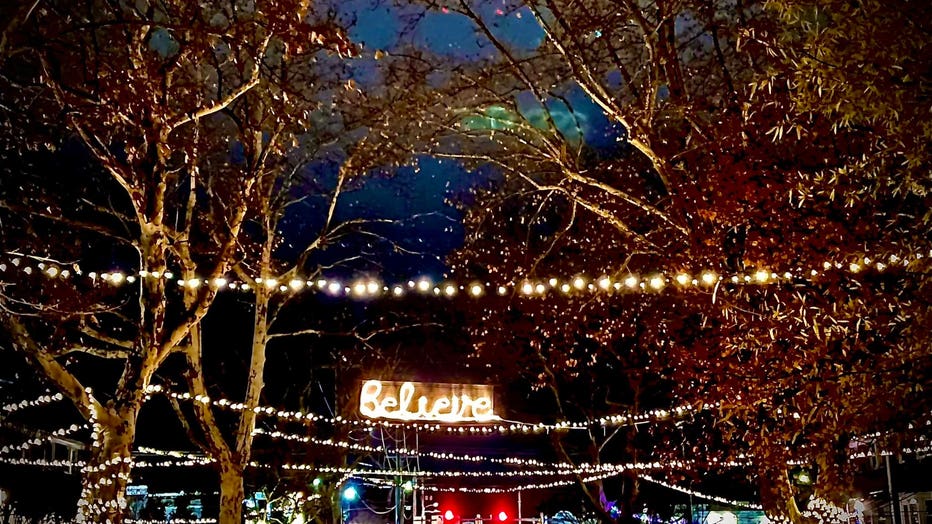 Christmas lights line Dunkirk Road in Towson, Maryland. Neighbors began the project as a show of support for another neighbor in November 2020.  (Matthew Riggs )

It actually took two days to complete, as the residents used more sturdy material and improved designs to make sure the lights remained shining. The plan going forward was to have the display go up every year.

"This block is doing it themselves now, and it just grew so far beyond what I expected," Riggs said, adding, "I didn’t expect anything, really."

At the start of it, as it organically developed during the depths of the pandemic, the lights served as a source of comfort and a feeling of neighborly love to not only Morton but to the neighborhood as a whole. The display has now also come to serve another purpose, Riggs noted, saying it offered a reason to come outside into the cold Maryland weather and visit with one another.

"It creates an environment to encourage where we go outside, and we get to see our neighbors and our friends," he shared. "We've been inside, we've been isolated and alone, and this brought everybody out and together, in a time of year when it’s cold. Normally we don’t see each other in the winter months."

In the close-knit community where Riggs called home, where the kids on the block numbered in the dozens and the families all knew each other by name, the lights were a physical representation of their bond -- a bond that was brightly demonstrated during a dark time in many of their lives.

"We're connected. I'm literally, physically attached with our neighbors…. We’re in this together, holding hands together across the road," Riggs said, adding, "It’s beautiful, and I'm so excited about it and touched." 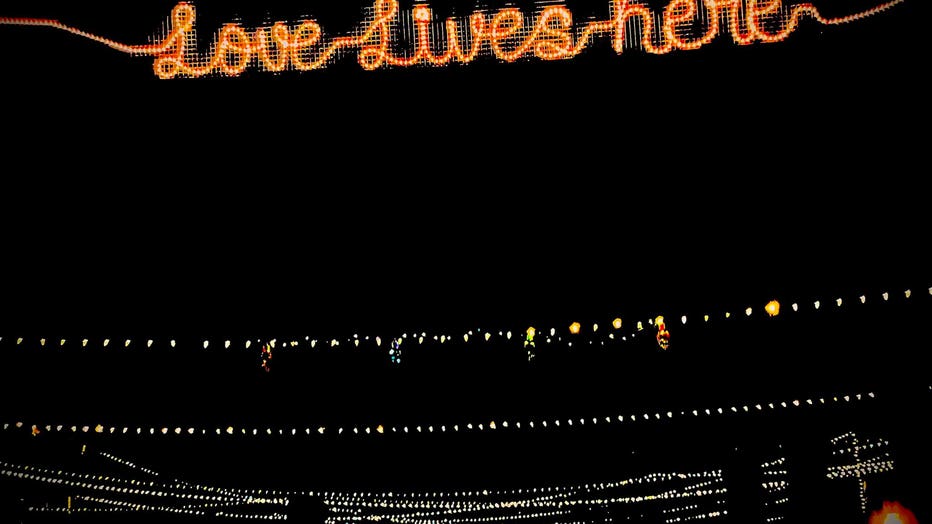 A "Love Lives here" lighted sign is part of a neighborhood light display that's up for a second straight year in Towson, Maryland.  (Matthew Riggs )