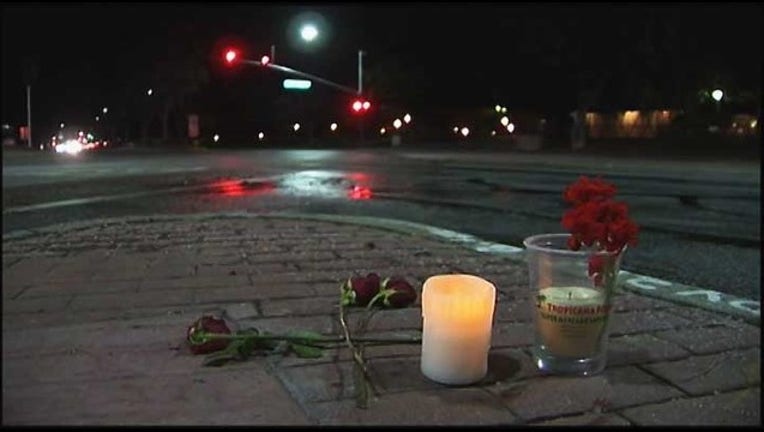 The fatal collision happened where stoplights, a merge lane, crosswalks, cars and pedestrians all converge into a large multi-lane intersection at North Fair Oaks Avenue and North Wolfe Road. People who live in the area describe it as scary.

"Where it comes together that's where you have the conflict with pedestrians," said Sunnyvale resident John Kuhn.

Around 2 p.m. the driver of a silver colored Ford Focus struck two women. Where they were located at the time and who had the right of way is still unclear, investigators said.

Witnesses tell KTVU the driver appeared to be a woman in her mid-40's. Investigators say she stayed on scene and cooperated with police.

"It just makes you think about how to be with life, you know instead of taking it so for granted," said Emily Pavey.