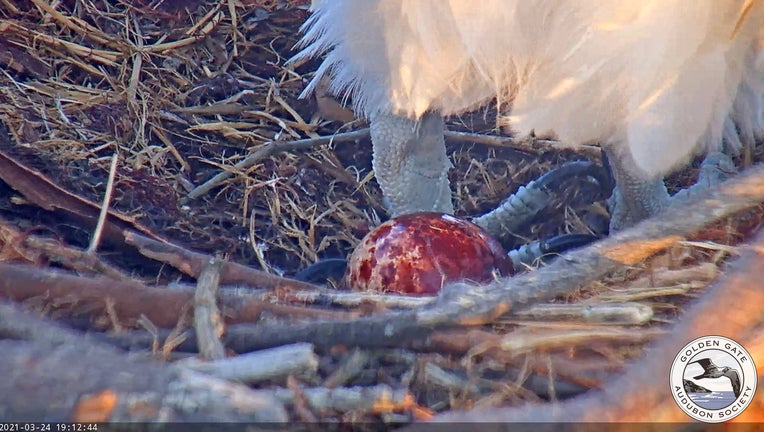 RICHMOND, Calif. - A pair of well-known ospreys in Richmond welcomed their first egg of the year, the Golden Gate Audubon Society announced Thursday.

The raptor named Rosie laid the egg at 7:12 p.m. Wednesday in the nest her and her mate Richmond inhabit at a shipyard crane in the Rosie the Riveter World War II Home Front National Historic Park. 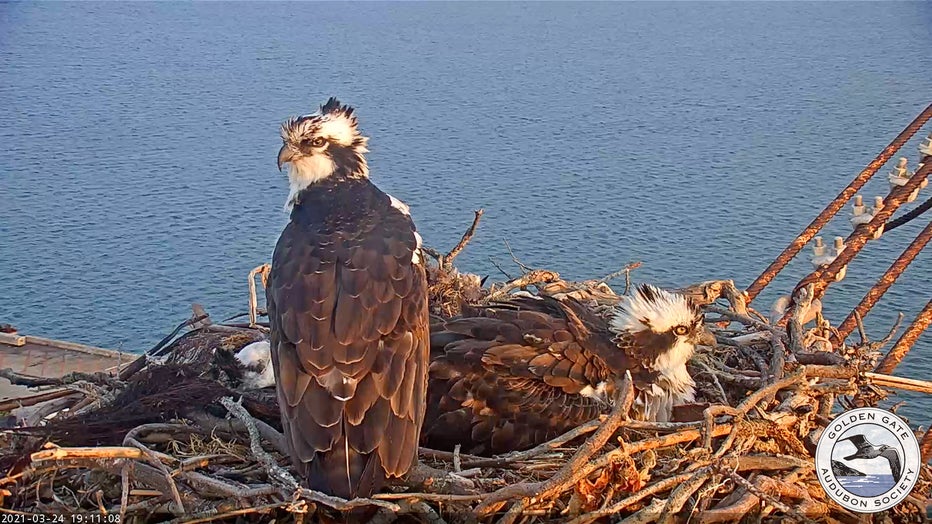 The event was captured on the society's live-stream of the nest.

The Golden Gate Audubon Society is an organization dedicated to protecting Bay Area birds, other wildlife and their natural habitats. It launched the osprey webcam in 2017 to document Rosie and Richmond's lifestyle and habitat.

Rosie is expected to lay two more eggs in the upcoming week. The eggs will most likely hatch in mid-May. 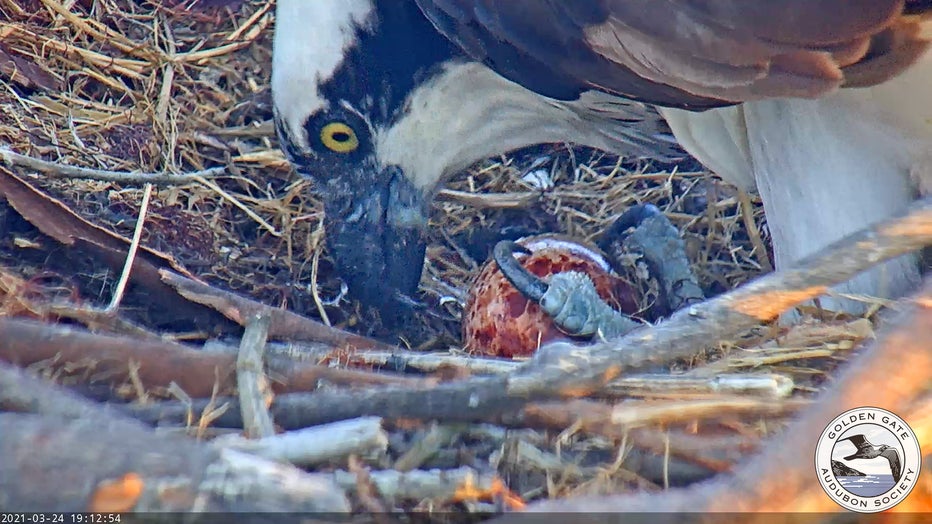 The osprey population declined in the 1960s and 70s because of the pesticide DDT, which caused their egg shells to break. As environmental laws against DDT strengthened over the years, the ospreys recovered and expanded their habitat to non-traditional nesting grounds such as the Bay Area.

More than 50 osprey nests have been documented along San Francisco Bay, according to the society.