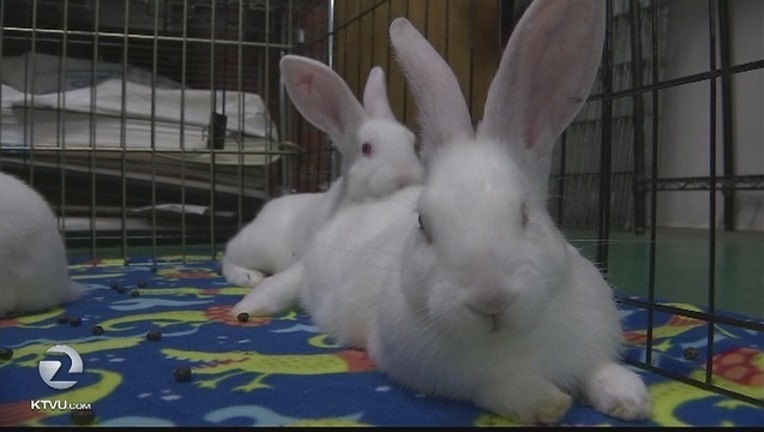 SAN FRANCISCO (BCN) Over 40 rabbits that were confiscated in January from a person in San Francisco are up for adoption, according to San Francisco Animal Care and Control officials.

The bunnies were rescued on Jan. 25 after they were taken from a person who was allegedly selling them for "meat or pets" on Craigslist.

According to Animal Control officials, it is illegal to sell rabbits in San Francisco.

Many of the rabbits were housed at SaveABunny Rescue in Mill Valley and several others ended up in the care of Animal Control at 1200 15th St.

According to Animal Control officials, Pet Food Express has offered $50 gift cards to the first 30 people who adopt one of the rabbits.