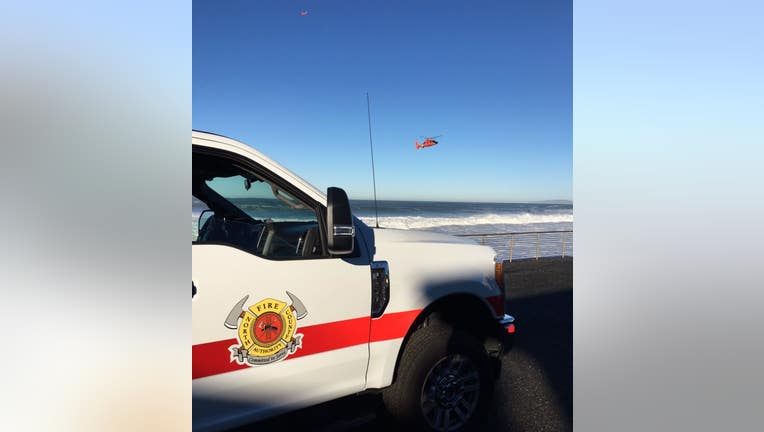 PACIFICA, Calif. - A woman and her dog were rescued by firefighters Saturday morning after they became stranded on a Pacifica cliff.

A spokesperson for the North County Fire Authority said the woman and her dog were walking along the beach when they retreated up the cliff due to rising ocean tides. Due to the steep terrain, they were unable to climb to the top of the cliff and needed emergency assistance.

Firefighters responded to the cliff area, near 380 Esplanade Ave. and set up a low-angle rope rescue, repelling down the cliff about 50 feet to reach the wuman and her dog. They were then lifted up the side of the cliff to safety. The woman suffered minor injuries.