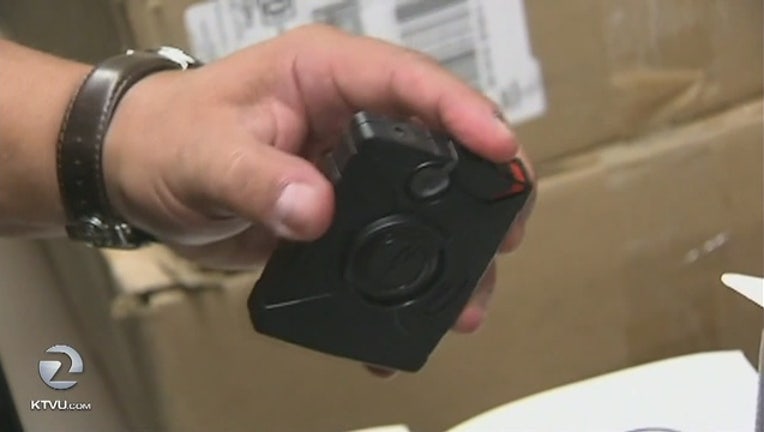 Last week, the City Council gave their final vote approving the purchase of WatchGuard body cameras. Lt. James Reifschneider said this will allow the department to outfit all uniformed officers in the field with extra surveillance technology.

The estimated cost of all 50 cameras was about $100,000, according to Reifschneider. This included all necessary accessories like charging stations for the camera and equipment to download and process the video footage.

Reifschneider said police had a "limited number" of the body cameras and gave them to volunteer officers to test them out for several months so that any issues could be identified and fixed before the equipment was going to be used by the rest of the department.

The department has used WatchGuard products for several years, Reifschneider said, and adding their brand of body cameras will allow the agency to have all cameras on one system.

"In other words, the officer won't have to independently turn on the body camera, the car camera," Reifschneider said. "They will all be synchronized and store data together."

This will allow the department to review footage with ease when situations such as criminal investigations or traffic court hearings make it obligatory.

Reifschneider said while other surrounding police departments utilized the body camera tool sooner, the system that will be rolled out in weeks is as comprehensive or even more so than most other agencies in the state.

The cameras will be in hand at the Palo Alto Police Department in a few weeks, followed by a few more weeks of training the officers to use them, the lieutenant said.

This will help the agency to regularly evaluate how their officers are handling each public incident in more depth.

"I think that the public expectation is that most of our officers' conduct is going to be captured on video one way or the other," he said. "The vast majority of the time we find that the video supports the officers are doing a professional job, but we welcome the opportunity to verify that any time we can."