At the KNP Complex Site, Gov. Gavin Newsom highlights over $15B climate package, the largest in state history.

REDDING, Calif. - A Palo Alto woman has been blamed for allegedly sparking a new wildfire in Shasta County that forced some residents to evacuate, fire officials said.

Alexandra Souverneva, 30, faces a charge of arson to wildland with an enhancement due to the declared state of emergency California is currently under.

While firefighters were battling flames, a woman later identified as Souverneva, walked out of the brush near the fire line and approached firefighters saying she was dehydrated and needed medical attention, authorities said.

She was transported out of the area and received medical treatment.

Souverneva was interviewed by law enforcement officers who determined, based on information that was provided and gathered, that she caused the fire.

The Fawn Fire forced evacuations in unincorporated Mountain Gate, north of Redding at the far north end of the Central Valley.

Residents were told to head to an evacuation shelter at 2225 Bechelli Lane in Redding. The number of residents affected was not immediately known. People living in other areas were also warned to be prepared to leave if more evacuations are ordered. 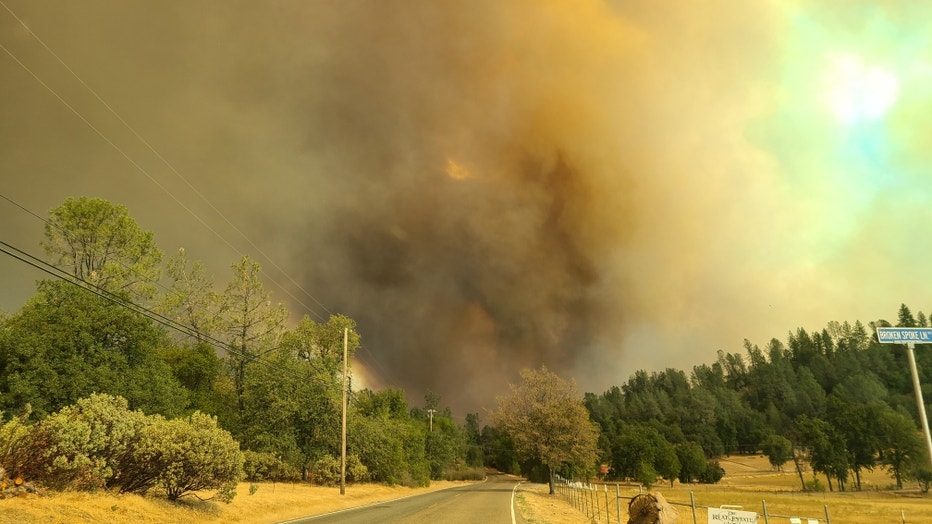 By Thursday evening, the fire has grown to more than 5,500 acres since it started Wednesday afternoon and was just 5% contained.