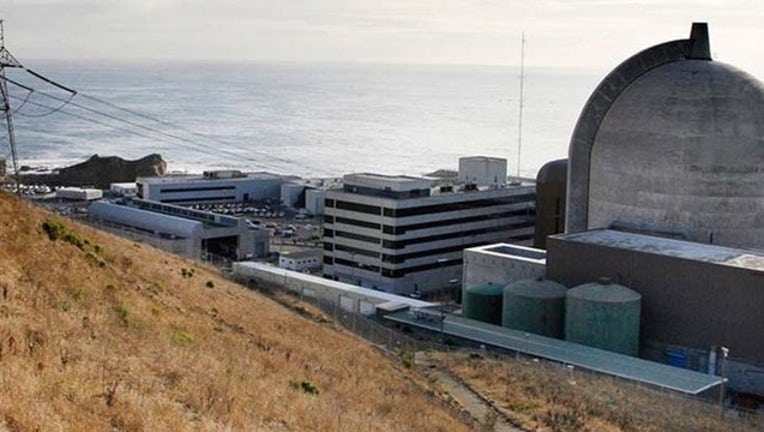 Officials for owner Pacific Gas and Electric Co., meanwhile, said the Diablo Canyon plant is safe and the company is operating within its government licenses.

The dueling assessments were presented to a Nuclear Regulatory Commission panel in suburban Washington, D.C., which is considering a petition from Friends of the Earth that contends the agency allowed the company to improperly alter the licenses while avoiding a public hearing on the changes.

The dispute is the latest in a decades-long fight over seismic safety at the coastal plant that sits within a web of earthquake faults, with one 650 yards from the reactors.

The hearing comes shortly after the NRC resumed a separate proceeding to consider a request from PG&E to renew the reactors' operating licenses, which expire in 2024 and 2025.

In May, the NRC rejected a request from the environmental group to idle the plant to determine if its reactors can withstand strong shaking from possible earthquakes. At that time the agency asked its Atomic Safety and Licensing Board to consider a related issue raised by Friends of the Earth -- whether the NRC granted PG&E greater authority than that provided by its licenses, or otherwise altered their terms.

A decision is expected by October.

Richard Ayers, an attorney for the environmental group, told the three-member panel that the company had "approved changes in the terms of the Diablo Canyon license that have reduced the margin of safety."

Much of the hearing focused on complex procedures used to assess the threat of earthquakes and how hard ground shaking would affect the plant, located midway between Los Angeles and San Francisco. Friends of the Earth lawyers argued that the company has juggled facts and figures to minimize seismic threats, a claim the company disputes.

The reactors "operate safely today, in accordance with the same licenses and technical specifications as they did previously," company attorney David Repka told the panel.

Federal regulators have long agreed Diablo Canyon is safe -- the reactors have been in operation since the mid-1980s.

At a separate hearing earlier in the day stemming from the license-renewal proposal, at attorney for San Luis Obispo Mothers for Peace told the board the company was understating earthquake risks and taking shortcuts on safety. Diane Curran said the company reached conclusions about risk from the nearby Shoreline fault, discovered in 2008, "without having done enough homework."

"The assertions made by these parties are not supported by the facts and represent continued efforts to mischaracterize information," Halpin said.