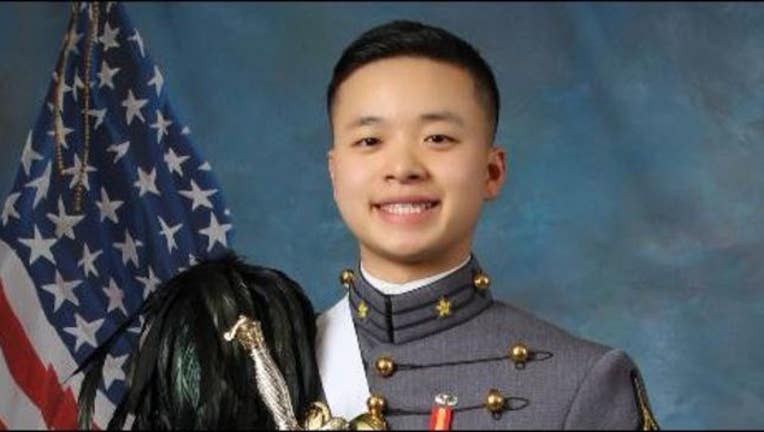 CONCORD, Calif. (KTVU) - A Concord family whose 21-year-old son died skiing last month has won a court order to retrieve his sperm post-mortem because they say he always wanted a large family and that passing down his lineage is important to his culture.

Monica and Youngmin Zhu told the story of their son, Peter Zhu, a De La Salle High graduate and West Point cadet who succumbed to injuries sustained on Feb. 23 while skiing on academy grounds, in court papers filed Friday in Westchester County, New York. He stopped breathing and was declared brain dead on Feb. 27.

“That afternoon, our entire world collapsed around us,” his parents wrote in the court filing. “We cannot even begin to put into the words the pain we felt….Peter was the kindest, most loving and caring young man that you could ever meet.”

West Point called him “one of the top cadets in the Class of 2019.”

And then his parents asked the court to allow doctors at Westchester Medical Center Health Network to extract their son’s sperm on March 1, at the same time his organs would be harvested. They stressed that there was no animosity with the hospital, but because the procedure was unprecedented at this center, the doctors wanted the court’s approval before moving forward. The judge granted the extraction and there is another hearing set for March 21.

“This is our one and only chance of fulfilling Peter’s wishes and preserving his incredible legacy,” his parents wrote.

Carrying on his biological legacy is also an “extremely important part of our Chinese culture and is the tradition of carrying on our family lineage,” his parents explained to the court.

Youngmin Zhu wrote that he has two brothers, both of whom had daughters and because of China’s “one child” policy, didn’t have any more offspring. “In Chinese culture,” the Zhus wrote, “only a son can carry on his family’s name. Peter is the only male child in the Zhu family.”

On social media, reaction was mixed. "Weird," someone wrote. "Beautiful idea," someone else said.

Since it was first performed about 40 years ago by Cappy Rothman, a Los Angeles-based urologist, the unusual practice has prompted many to question its ethical implications, the New York Times reported in 2004.

“Is it appropriate to consciously bring a child into this world with a dead father?” Alexander Capron, a professor of law and medicine and co-director of the Pacific Center for Health Policy and Ethics at the University of Southern California, told the Associated Press in 1999. That year, a woman made history in the United States when she successfully gave birth to a child using sperm extracted from her dead husband.

How and if Peter Zhu’s sperm will be used has not been made clear by the family.

Neither parent responded to phone calls or emails seeking comment, and their attorney, Joseph Williams, told KTVU in an email, “While we are extremely proud of the successful and landmark efforts made so far on behalf of our clients, the case remains pending, necessitating our discretion.  As you would expect, it is a very bittersweet result for the family and, out of respect for their privacy, we cannot discuss further at this time.”

In addition, the hospital said in a statement: "Out of respect for patient and family privacy, we do not discuss the specifics of any particular patient case.  However, from time to time, like most hospitals, Westchester Medical Center is presented with complex legal and ethical situations where guidance from the court is appropriate and appreciated.  Westchester Medical Center is grateful the family sought a court order during such a difficult time.”

For now, the Zhu family is left feeling grateful that the hospital was able to realize their wishes.

With some of his genetic makeup soon to be theirs, the family hinted in their briefing that they will now have a “small piece of Peter that might live on and continue to spread the joy and happiness that Peter brought to all of our lives.”