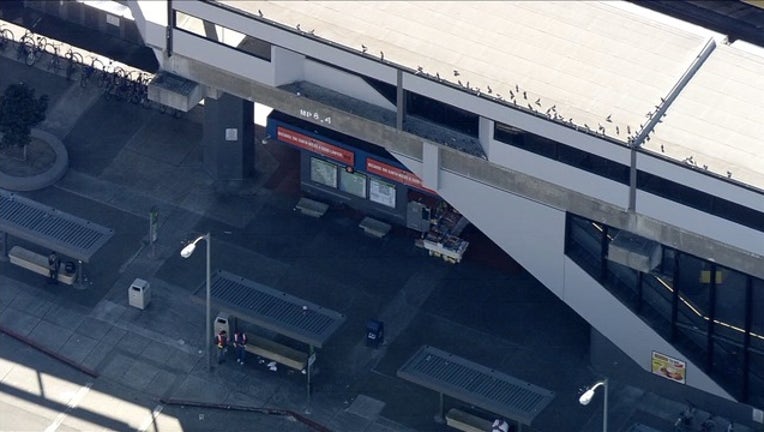 The person, only described as male, was discovered about 12:42 a.m. Foul play is not suspected and the death is under investigation, authorities said.