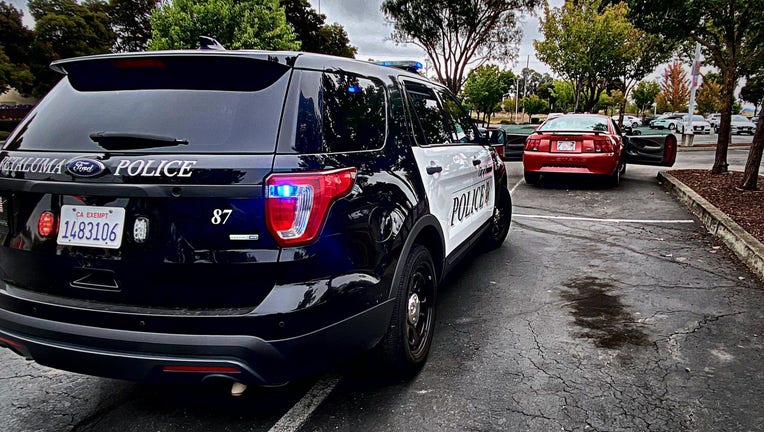 PETALUMA, Calif. - Police arrested a 45-year-old man suspected of stealing a shopper's car while they were inside a Petaluma grocery store on Sunday morning.

A Ford Mustang was reported stolen about 9 a.m. from the parking lot of Safeway on South McDowell Boulevard, police said.

An officer patrolling the lot of the Sheraton Hotel about a mile away spotted the stolen car 45 minutes later. The suspect, Michael Langley of Petaluma, was sitting in the car, police said.

Langley was arrested on suspicion of vehicle theft, possession of a stolen vehicle and violating court-ordered probation. He booked at the Sonoma County Jail.

The stolen car was returned to the owner.