SAN FRANCISCO - PG&E Co. is appealing strict new probation conditions imposed by a federal judge in San Francisco, arguing that the judge's order is illegal, unreasonable and a risk to public safety.

The conditions, intended to prevent wildfires sparked by failures in electrical lines, require PG&E to hire its own crew of tree inspectors, in addition to contractors; identify the age of every piece of equipment on its high-voltage transmission towers and lines; and design a new inspection system.

In three separate filings submitted late Wednesday night, PG&E gave notice of an appeal, asked Alsup for a stay during the appeal and asked the judge to reconsider his April 29 order.

"The new conditions are more likely to undermine wildfire safety than they are to promote it," the utility's attorneys wrote.

They argued the judge's order "threatens public safety" and would divert resources from wildfire safety plans approved by the California Public Utilities Commission.

Alsup alleged in his April 29 order that PG&E "cheated on the maintenance of its grid -- to the point that the grid became unsafe to operate during our annual high winds, so unsafe that the grid itself failed and ignited many catastrophic wildfires." 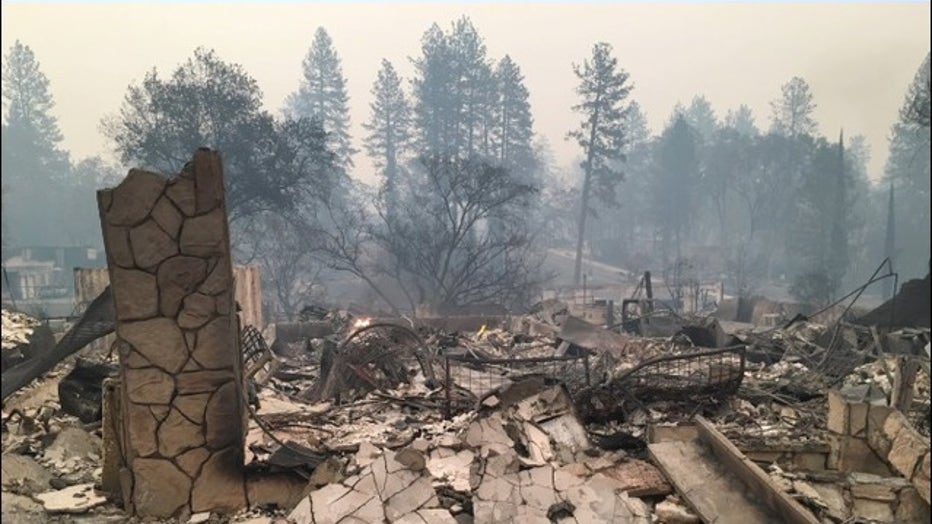 Smoky ruins in a Paradise neighborhood that was demolished by the Camp Fire. Photo: Elissa Harrington/KTVU.

A number of North Bay wildfires in 2017 were attributed by Cal Fire to trees and branches falling on electrical lines during winds. The 2018 Camp Fire in Butte County, in which 84 people died, was attributed to a broken hook on a nearly 100-year-old transmission tower, which caused a power line to fall against the tower and send sparks to dry grass below. 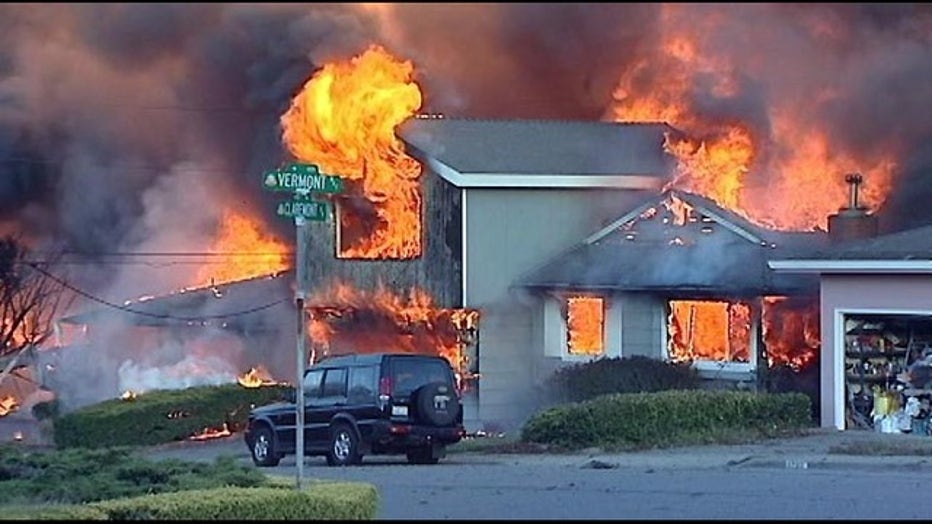 The case in which Alsup is supervising PG&E's probation stemmed from the explosion of a high-pressure natural gas transmission pipeline in San Bruno in 2010. Eight people died in the blast and ensuing fire.

PG&E was convicted in federal court in San Francisco in 2016 of five counts of violating pipeline safety and record-keeping laws and one count of obstructing an investigation into the blast. The case was prosecuted by the U.S. Attorney's Office.

Alsup has previously imposed several other probation conditions related to wildfire prevention. Among other arguments, PG&E contends the new conditions are unreasonable and beyond Alsup's probation authority.

U.S. Attorney's Office spokesman Abraham Simmons said he had no comment on PG&E's challenge to the new conditions.

Separately, PG&E is currently in a Chapter 11 bankruptcy process in U.S. Bankruptcy Court in San Francisco, seeking approval for a financial reorganization plan to address billions of dollars of liability for wildfire claims.