Pacific Gas and Electric equipment may have caused nearly 2,000 fires in last 5 years

Pacific Gas & Electric equipment likely contributed to the ignition of nearly 2,000 fires in Northern and Central California in the last five years, according to data obtained by 2 Investigates through a California Public Records Act request.

From 2014 to 2018, the utility is suspected of, on average, causing 36 fires per month as it tried to ramp up wildfire safety efforts. In 2018, the same year as the Camp Fire, the deadliest and most destructive wildfire in California history, PG&E reported 100 fires linked to its equipment in the month of June alone.

PG&E and other investor-owned utilities are required to submit “reportable incidents” to the California Public Utility Commission annually.

The information shows most of the fires occurred in rural areas, involved vegetation and may be been linked to a PG&E conductor, which is the copper or aluminum wiring inside that conducts electricity. 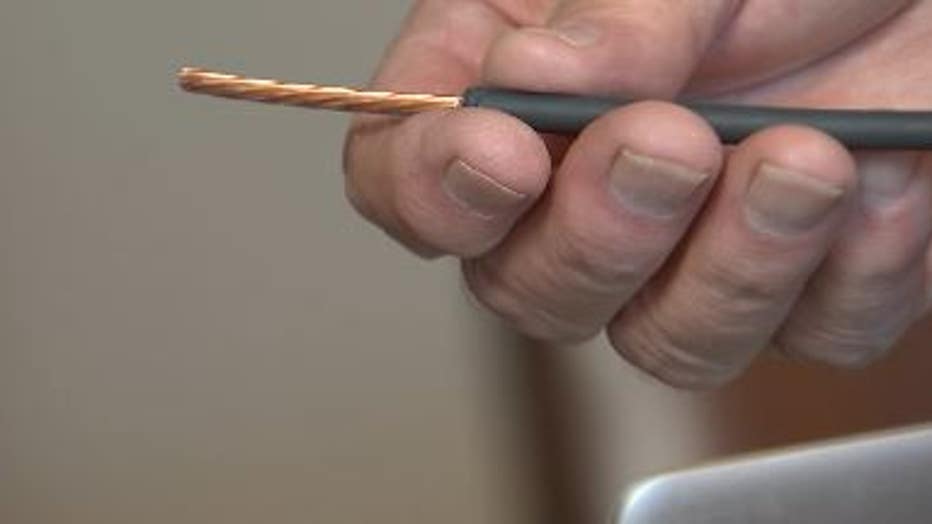 Example of an insulated copper conductor

Even though many of the fires are considered "small" (less than a quarter acre) forensic electrical engineer Ken Buske believes they are still failures that call for immediate attention.

"If there are a lot of small failures, soon enough you'll have a major failure."

Of 1,986 fires PG&E reported to the CPUC in the five-year period, 90% of them caused power outages. In 2018, "equipment failure" made up more than an third of all the "suspected initiating events" that caused the fires.

"It goes back to repairs and maintenance and being responsible to the people to whom they provide service," said fire evacuee Maryanne Turbedille who was evacuated three times during October's Kincade fire.

PG&E declined 2 Investigates' request for an on camera interview, but spokesman Paul Doherty agreed to talk on the phone. Doherty said PG&E understands this data is a critical resource for how utilities and regulators can work together to address diverse risks. In addition to noting most of the reported fires were less than 0.25 acre, Doherty pointed out:

The fire incident data PG&E reported does not include some of the biggest and most destructive fires in recent years. The number of fires for 2019 were also not available because the utility has not yet submitted the information to regulators. However, federal court filings obtained by 2 Investigates reveal PG&E told a judge that it is aware of ten fires so far in 2019 it believes its equipment may have caused; all of them are larger than ten acres.  The company provided details on four of them:

On May 29, Cal Fire responded to the Spearhead Fire in Fresno County. It burned approximately ten acres and it appears the fire ignited when a grey pine failed and contacted the conductor, causing a pole to break and the conductor to contact the ground.

On May 30, the Kern County Fire Department responded to the Belridge Fire. It burned approximately 53 acres and was caused by a broken tie wire (which held the conductor to the insulator), which allowed the conductor to fall, contacting vegetation on the ground.

On September 16, Cal Fire responded to the Grove Fire in Mariposa County, which burned about 13 acres. It appears the fire ignited when a limb from a grey pine fell and contacted the conductor, causing the conductor to contact the ground.

Watching the flames of the Kincade Fire from Geyserville. (Tim Walton)

On September 28 Cal Fire responded to the Hwy (Highway) Fire, which burned approximately 300 acres. At the time of the filing, the cause of the fire was unknown, and PG&E said it is possible its equipment was not involved. Still, the company reported this incident to regulators.

Buske said after more than four decades of investigating fires and accidents, this new information alarms him.

"Because if you have a certain number of small fires, there will be big fires that follow," he said.