A little girl got a stuffed animal from her parents, but they later realized there were thousands of fentanyl pills stuffed inside the glow worm. They handed the pills over to the Phoenix Police Department.

PHOENIX - After Phoenix Police say a little girl got a glow worm stuffed animal from a thrift store, her parents reportedly realized there were thousands of fentanyl pills stuffed inside.

About 5,000 of them, said the department in a Tweet on Feb. 20. The stuffed animal was said to be bought from an El Mirage thrift store.

Police say the parents handed over the drugs to the department.

"Remember to inspect all opened and unused items," police said.

No further details were made available. 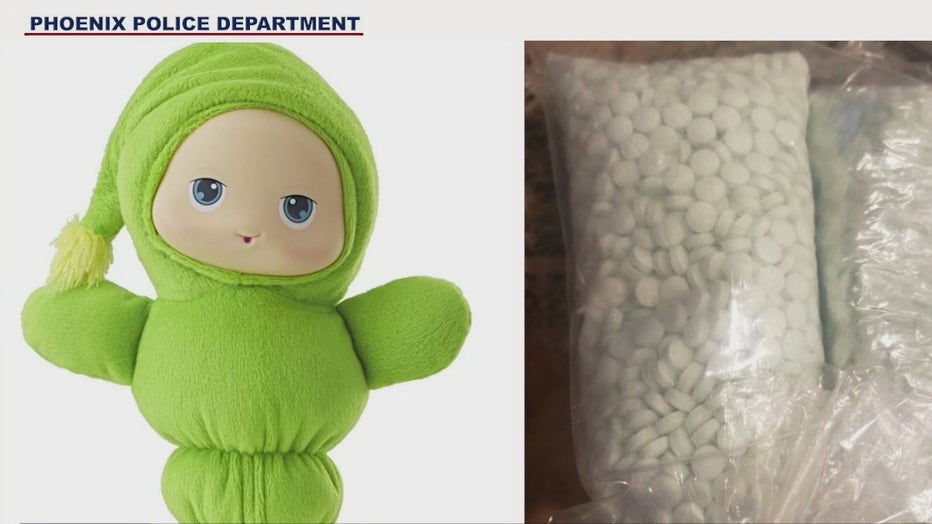