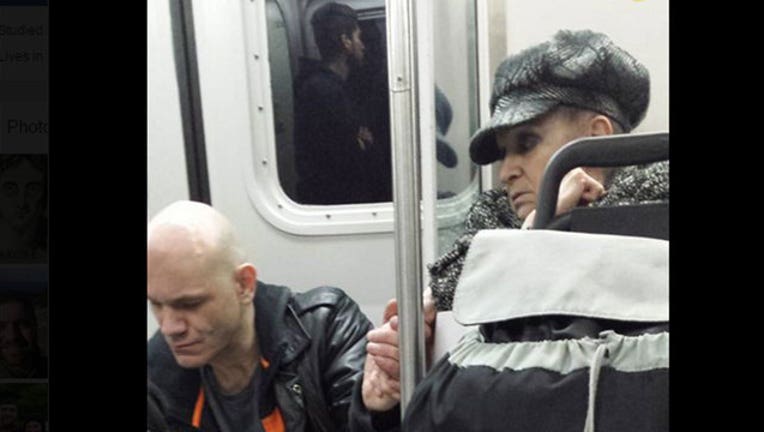 NEW YORK (FOX 5 NY) - The world is talking about a touching photo of an elderly woman holding the hand of a man on the floor aboard a train in British Columbia.

The man was reportedly acting erratically and cursing before passenger Ehab Taha took the photo on Feb. 2. He posted it to Facebook and it quickly went viral.

"I saw the most incredible display of humanity on the sky train," said Taha. "A six foot five man suffering from drug abuse andor mental health issues was being very aggressive on the bus with erratic movements, cursing, shouting, etc. While everyone was scared, this one seventy year old woman reached out her hand, tightly gripping his hand until he calmed down, sat down silently, with eventual tears in his eyes."

In interviews with local media stations, Taha said the woman told him she had children of her own.

"I spoke to the woman after this incident and she simply said, "I'm a mother and he needed someone to touch." And she started to cry. Don't fear or judge the stranger on the bus: life does not provide equal welfare for all its residents." said Taha.