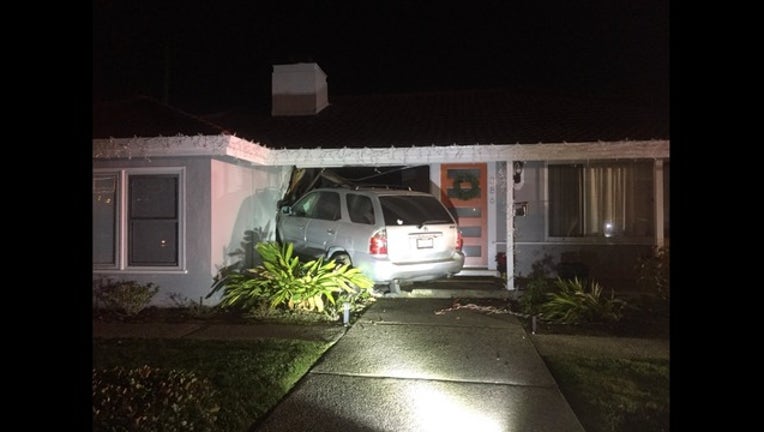 SANTA CLARA (BCN) Two people suffered minor injuries after a vehicle crashed into a Santa Clara home this evening, according to fire officials.

No one was inside the home at the time, according to fire officials.

Drivers are being asked to use caution in the area.