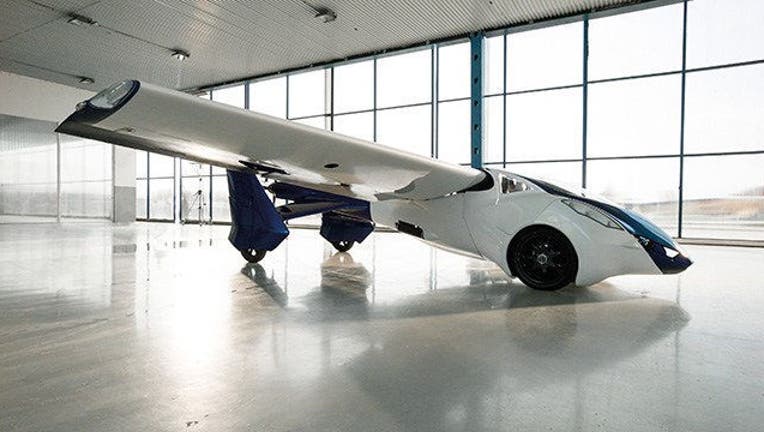 A company in Europe is getting closer to bringing a flying car to the roads and skies. AeroMobil, based in Slovakia, said it is close to obtaining a license for its prototype called AeroMobil 3.0, which it will be showing off at the Top Marques Monaco auto show in April.

The two-seat vehicle converts from a light sport plane with retractable wings to a four-wheel car that runs on gasoline instead of kerosene. That means you can fill it up at a regular gas station.

Chief designer and CTO Stefan Klein and CEO Juraj Vaculik, the co-founders of AeroMobil, envision the production version of the vehicle to be a high-end luxury runabout available to wealthy buyers in 2017.

"I strongly believe that AeroMobil will inspire new ways of thinking about personal travel," Vaculik said in a statement. "Our company is set to reinvent the flying car without constraints and deliver excitement through unique technical solution and design."

Klein and Vaculik teamed up in 2010, but the project has been development since 1989 when Klein, then head of the Department of Transport Design at the Academy of Fine Arts in Slovakia, began tinkering with a flying car concept.