Pittsburg, Calif. - Pittsburg police arrested a juvenile suspect accused of robbing a bank on Monday. Investigators said he watched a YouTube video beforehand for instructions on how to carry out the robbery.

Officers responded to a bank hold up alarm at the Mechanics Bank at 695 Railroad Avenue in downtown Pittsburg. On arrival, they learned a suspect had passed a hand written note to a teller that read, "I  need 20 grand." In the note, the suspect demanded bills of 20's, 50's and 100's only, and also warned, "I have a bomb, no dye pack, no alarm," according to police. 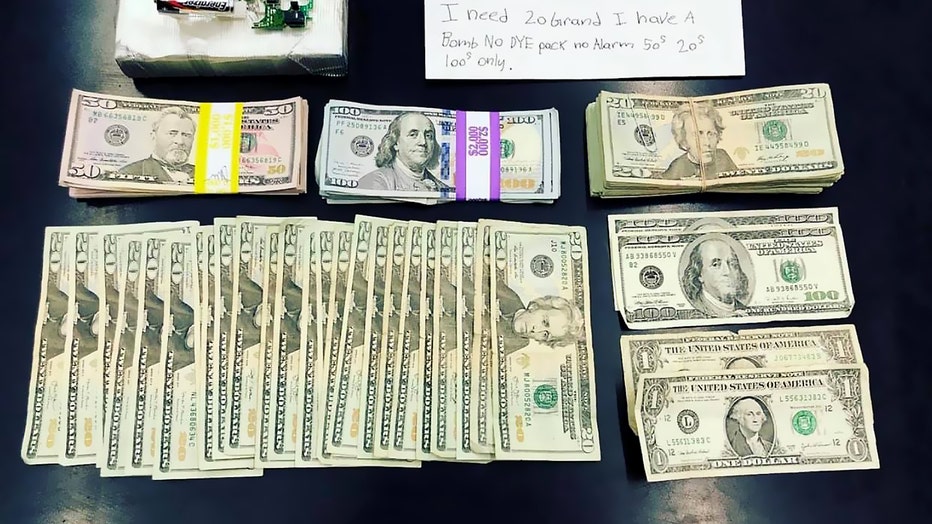 The teller gave the suspect more than $7,000. He then left the scene on foot. Officers used a police dog to track the suspect's trail, which led them down various city streets, but they could not initially locate him, police said.

Investigators proceeded to review video footage from businesses in the area, which eventually led them to the suspect, who was tracked down at a nearby home. He was found in possession with the stolen cash and a bomb that was determined to be fake, according to police.

"The Juvenile suspect admitted during an interview he watched a YouTube video on how to rob a bank," investigators said. 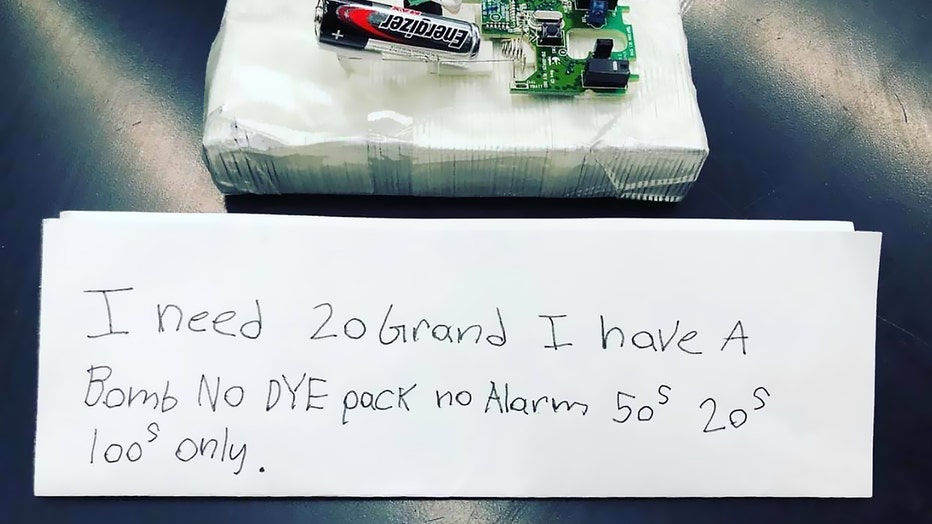 Pittsburg police responded to a bank robbery at Mechanics Bank in Pittsburg, Calif. on March 22, 2021.

The suspect, whose name or age is not being released, was later transported to juvenile hall, police said.