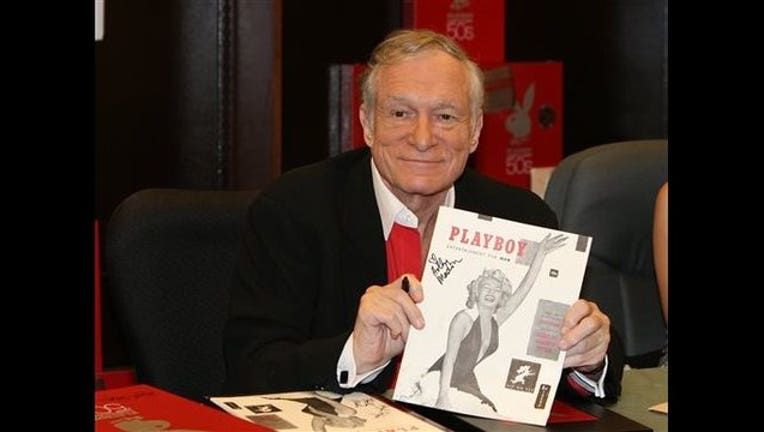 In this Nov. 15, 2007 photo, Hugh Hefner smiles while signing copies of the Playboy calendar and Playboy Cover To Cover: The 50's DVD box set in Los Angeles. (Ian West/PA via AP)

SAN FRANCISCO (AP) - Naked women are back in Playboy magazine, ending a year-old ban on the nudity that made the magazine famous.

But Cooper Hefner, Playboy's chief creative officer and the son of magazine founder Hugh Hefner, called the nudity ban a mistake Monday in a post on his Twitter account.

Cooper Hefner said the magazine is reclaiming its identity.