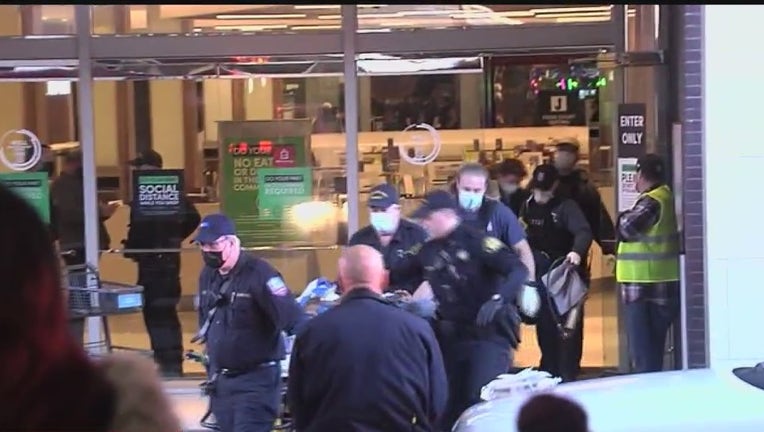 CONCORD, Calif. - Concord police are investigating a shooting at Sunvalley Shopping Center Friday as the mall is currently on lockdown.

Police said there does not appear to be a threat to the public at this time. Reports of police activity and a shooting surfaced on social media shortly after 4 p.m.

Video from a journalist at the scene shows at least one victim being taken out on a stretcher. They were reportedly hospitalized. Their condition was unclear. It is not known if anyone else was hurt. There was no suspect information available. Police did not say if anyone was in custody.

An Aeropostale employee at the mall, located on Sunvalley Boulevard just north of I-680 and SR 242, answered the phone and said the mall was evacuated and that employees were still in the mall, but that the mall's gates were locked while a K9 unit searched the premises.

A witness said there were people running in the moments after the shooting and that he passed by a body that was "half dead." It is unclear if that was the injured person seen being taken away on video.

This is a breaking news story.  We will bring you more details as they become available.