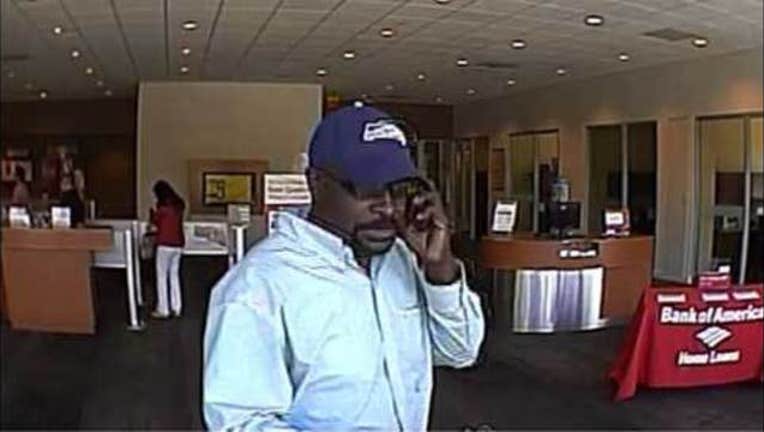 DUBLIN, Calif. (KTVU and wires) -- Police are asking for the public's help in searching for a man who robbed a bank Monday morning in Dublin.

At about 11:06 a.m. officers responded to a report of a bank robbery at a Bank of America located at 4250 Dublin Blvd., according to Dublin Police Services.

The suspect fled on foot and ran through the parking lot, heading north, police said.

Police described the suspect as a black man, about 35 years old and approximately 6 feet tall, with a neatly trimmed goatee. He was wearing a dark-colored Seattle Seahawks baseball cap, a light green-colored long-sleeve shirt and light-colored jeans.

Although the suspect indicated he had a gun, no weapons were seen and no one was injured, according to police.