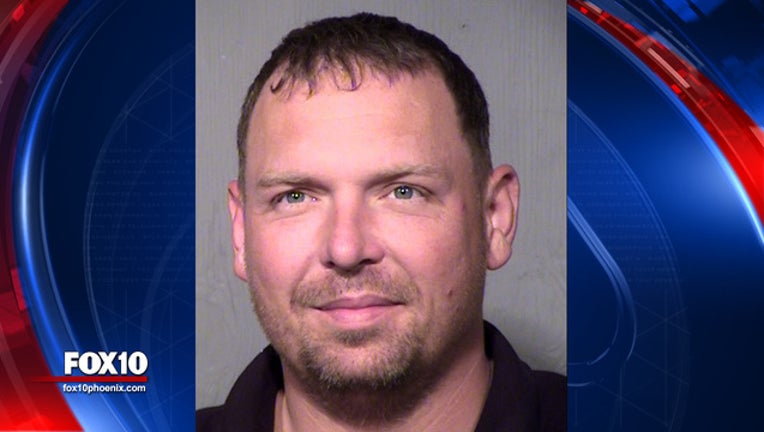 MESA, Ariz. (FOX 10) -- A man is accused of having sexual contact with his pet cat and injuring the animal -- and according to court documents, this may not have been the first time he allegedly had sex with the feline.

On March 20, police received a call regarding a man who had taken his cat into an apartment unit's bathroom and called out for help, saying the cat was stuck on his penis.

According to the police report, an officer at the scene near University Drive and Lindsay Road said the defendant refused to open the door to the apartment. When the officer gained entry, he "observed the defendant naked, standing in the middle of the bathroom with a cat partially wrapped in a towel placed by his genitals."

Police stated the defendant, identified as 40-year-old Michael Navage, immediately began saying "he was only drying his cat off."

According to the officer at the scene, "During my investigation, one of the witnesses told me he heard what he thought was a cat in distress. He heard the defendant in the bathroom yelling at the cat and calling that cat a whore.. and telling it to stop [expletive].

Navage denied having intercourse with the cat, saying it was impossible for him to do so.

Navage told the investigating officer that he has had the cat since it was a kitten and he loves his cat.

Methamphetamine was also found in the apartment, along with bags containing IDs, credit cards and a checkbook which had other names on them besides Navage's. Police say Navage was also in possession of a $100 bill that appeared to be fake.

Navage was taken into custody and during an interview, he admitted to buying an ounce of methamphetamine that was found in the apartment, finding the identifications, checks, credit cards and not attempting to return them to the owner.

Navage was released from jail and a preliminary hearing is scheduled for April 1.

Bretta Nelson of the Arizona Humane Society says the five-month-old male cat is under the care of AHS' trauma hospital.