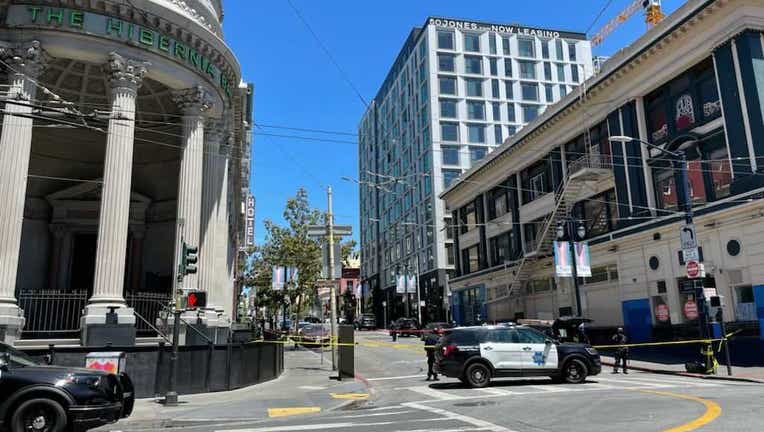 SAN FRANCISCO - Officers in San Francisco have arrested a man who allegedly shot and killed a victim on Thursday morning in the city's Tenderloin neighborhood, police said.

The shooting happened around 10:10 a.m. near the corner of Jones and Market streets.

Officers patrolling the area reportedly heard several gunshots nearby and then found the victim, identified by the city's Medical Examiner's Office as 43-year-old San Francisco resident Howard Dixon, suffering from gunshot wounds. Dixon was taken to a hospital and despite life-saving efforts, he succumbed to his injuries, police said.

As officers investigated the homicide, they were able to identify the suspect as San Francisco resident Lee Colvin, 49.

After locating Colvin, officers arrested him on suspicion of murder. At the time of his arrest, Colvin was on parole for an unrelated voluntary manslaughter conviction, police said.

Supervisor Matt Haney, whose district includes the Tenderloin, tweeted that Dixon was well known to the community and that he participated in neighborhood job training.

It's unclear if the two men knew one another. Authorities say Colvin is on active parole for voluntary manslaughter.

Haney said additional police are patrolling the area near where the shooting happened.