The boy was last seen on the Richmond bridge.

RICHMOND, Calif. - Police in Richmond on Friday released new details about a teen missing for more than a week and are asking the public for any information they may have.

Antoine Whittley, 17, was last seen at about 8:30 p.m. Feb. 10 on the upper deck of the Richmond-San Rafael Bridge after allegedly taking illegal drugs including hallucinogens with a friend and attacking a rideshare driver, police said. 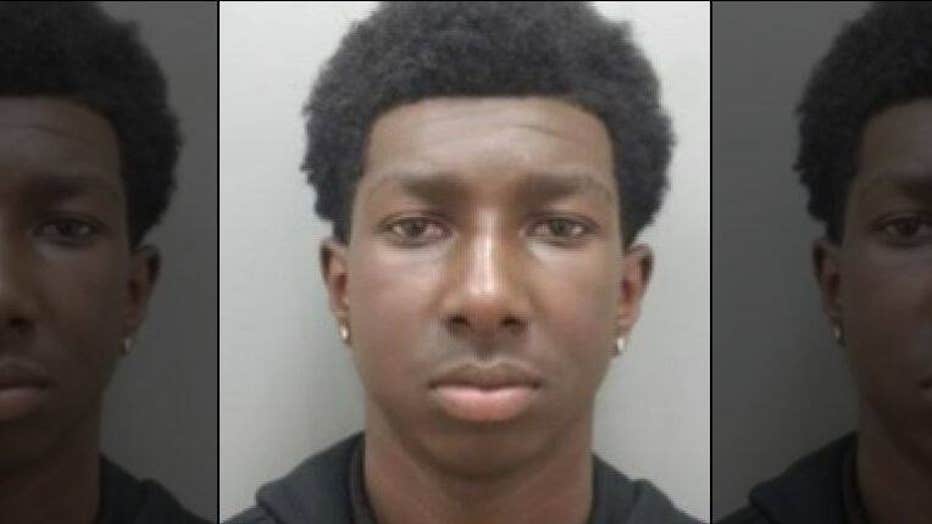 17-year-old Antoine Whittley, seen here in this Oct. 2018 photo, which was provided by Richmond police.

Officers have spoken with Whittley's friend and the driver and do not believe any foul play was involved, according to Sgt. Aaron Pomeroy, a Richmond police spokesperson.

A rideshare driver picked up Whittley at his home and took him to a friend's house, where he and his friend allegedly took the drugs, police said.

The friend thinks Whittley became paranoid, according to police. His friend got him a ride home in a rideshare car and the driver missed the Point Richmond exit and got on the Richmond-San Rafael Bridge, police said.

Police were told Whittley believed the rideshare driver was kidnapping him, and he asked the driver to stop, Pomeroy said. The driver didn't because they were on the bridge and Whittley attacked the driver, according to Pomeroy.

Whittley then climbed over the driver and got out of the driver's door.

The friend said Whittley felt he was being chased and would have to jump off the bridge.

What may have been Whittley's last call from his phone was at 8:30 p.m. to his friend.

CHP officials said they don't believe Whittley walked off the bridge because they reviewed the bridge's camera footage. Authorities said that could mean that the teen either went into the water or got into another car.

Whittley was last seen wearing a black COVID-19 mask, black and green pants with a camouflage stripe and a black hooded sweatshirt.

The teen is 5 feet 9 inches tall and weighs 130 pounds. He has black hair and brown eyes.

A search is on at least until early next week by land, air, and water. A $10,000 reward is being offered for the safe return of the teen.

Anyone with information about Whittley's whereabouts is asked to contact Det. Kristian Palma at (510) 621-1276 or kpalma@richmondpd.net.