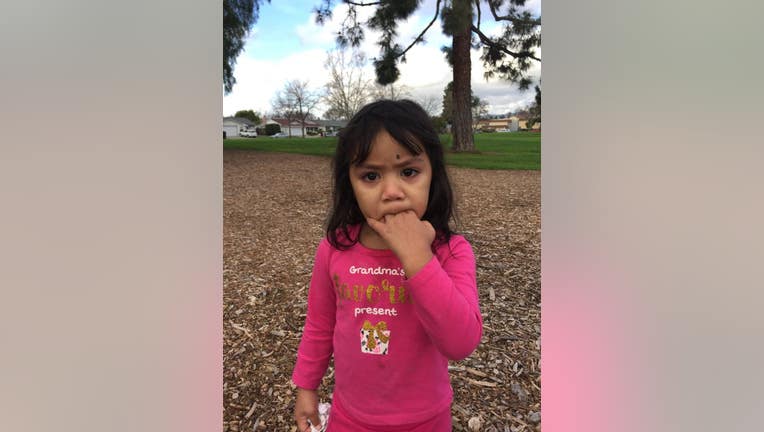 Fremont police searching for the parent of a young girl found at a park Tuesday afternoon. (Fremont Police)

FREMONT, Calif. (KTVU) - Officers reunited a young child found at a park in Fremont with her mother Tuesday evening.

According to police, the girl's family was alerted to social media posts about the incident and the child's mother arrived at the scene.

At around 3:06 p.m. officers responded to Crandall Creek Park on Wabash River Place near Decoto Road and Fremont Boulevard on report of a child found.

Officer said the girl appeared to be 2 years old.

They searched the area for 30 minutes, but are weren't able to find her parents or guardians.

Posts asking for help in reuniting the child with her parents circulated on social media and eventually the girl's mother was made aware that her child had been located.