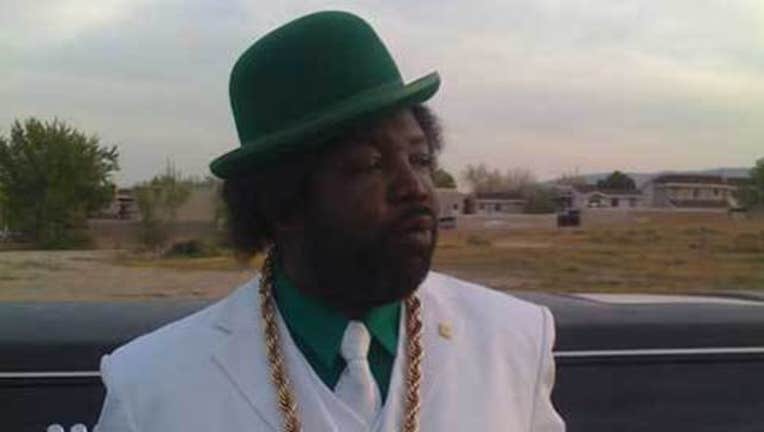 BILOXI, Miss. (AP) — Rapper Afroman punched a female fan on stage during a concert and was charged with simple assault, police said.

Afroman, who is best known for his Grammy-nominated hit "Because I Got High," was arrested Tuesday night and his show in Biloxi show was canceled. He was later released after posting $330 bond, said Biloxi Police Chief John Miller.

A video posted online showed a girl dancing next to Afroman as he was playing guitar and him punching her, knocking her off her feet.

The 40-year-old rapper, whose real name is Joseph Foreman, apologized on his Facebook page and later told TMZ that two girls had been dancing on stage and a man had been heckling him throughout the show. He said he thought the girls had left the stage, and when someone bumped him, he thought it was the man.

"I thought it was that guy," he said.

He said the early show during Mardi Gras gave him anxiety and he didn't have time to eat dinner and "medicate, get right."

"I had my frustrations to make a long story short," he told TMZ.

Chase Taylor, who owns Kress Live where the rapper was performing, said the concert was stopped.

"Afroman was about five songs into his set when the incident occurred. We pulled the plug on him, and security met him at the bottom of the stage to escort him outside, where he was taken into custody," Taylor said.