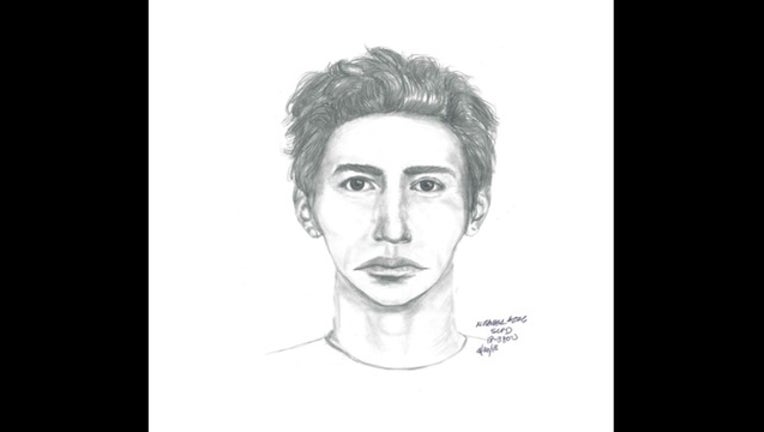 Police are searching for a man suspected of sexual assaults in Sunnvale and Santa Clara. Police sketch released by the Sunnyvale Department of Public Safety on January 29, 2019

SUNNYVALE, Calif. (BCN) - Law enforcement officers in Sunnyvale and Santa Clara are searching for a man suspected of sexually assaulting multiple woman between April 2018 and this month.

The assaults happened in the area surrounding Raynor Park, where the suspect targeted and groped women who were alone at the location between 6:50 p.m. and 9 p.m. The park is located in Sunnyvale just west of Santa Clara city limits and its Koreatown neighborhood.

The man is either white or Hispanic, in his 20s or 30s, between 5 feet 3 inches to 5 feet 8 inches tall and has a slim to medium build, with short black hair that might be spiked up.

A sketch of the suspect has been released, and anyone with information or surveillance footage is asked to contact Sunnyvale Department of Public Safety Detective Ben Holt at (408) 730-7143 or
bholt@sunnyvale.ca.gov.