Police have recovered a rifle but said the unidentified gunman is still considered armed and dangerous.

HIGHLAND PARK, Ill. - Illinois police are looking for a white male suspect with black hair and a slim build after a gunman attacked an Independence Day parade in Highland Park, a wealthy suburb of Chicago, according to authorities. Investigators believe he is around 19 years old.

Police have recovered a rifle but said the unidentified gunman is still considered armed and dangerous.

Gunfire broke out at the intersection of Central Avenue and 2nd Street in Highland Park around 8:24 a.m. PST Monday, according to authorities. The gunman remained at large as of 1 p.m., and police said he had not barricaded himself anywhere or taken hostages to their knowledge. 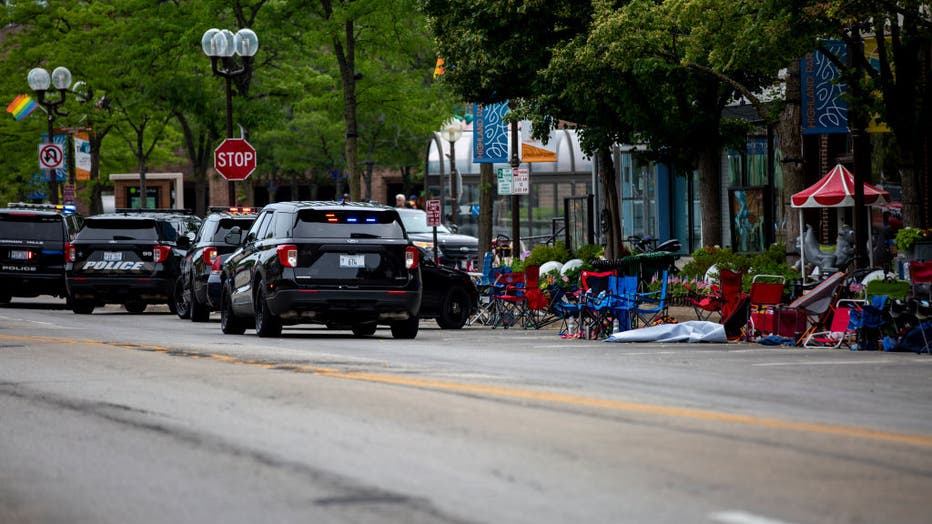 HIGHLAND PARK, IL - JULY 04: First responders work the scene of a shooting at a Fourth of July parade on July 4, 2022 in Highland Park, Illinois. (Photo by Jim Vondruska/Getty Images)

State police and Chicago officers raced to the scene to assist Highland Park Police in the investigation, and so did deputies from the Lake County Sheriff's Office. The FBI is also assisting, authorities said.

Officials are asking residents to avoid the area as they continue to hunt for the suspect.