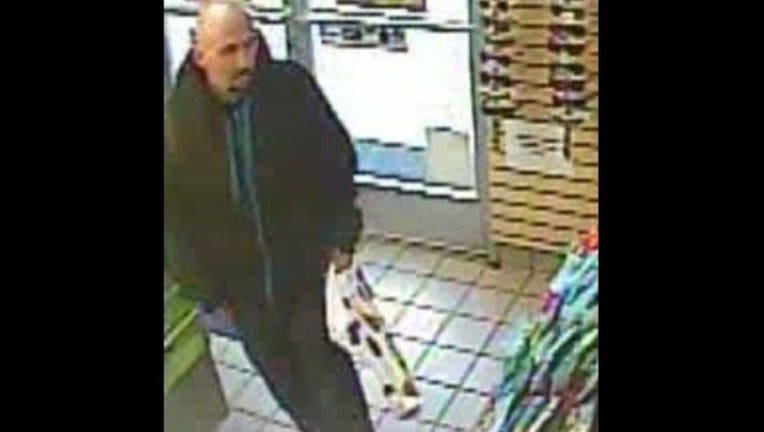 Officers are asking for help identifying the man who the woman reported to police at 6:30 a.m. from a gas station at 810 E. Dunne Ave.

The victim was an employee at the gas station. She told officers the suspect walked into the business acting nervous and was asking for free goods.

The victim told the man he needed to leave because he was asking for free things and he allegedly grabbed the woman around the arms and dragged her toward a back room, according to police.

The woman allegedly fought off the man by hitting him in the face.

Police said the suspect suffered injuries to his face and ran away from the business east through the parking lot of Home Depot.

Police are describing the suspect as a Hispanic man between 25 and 35 years old, 5 feet 10 inches to 6 feet 1 inch tall and weighing 170 to 185 pounds. The suspect was wearing a black zip-up hooded jacket with a blue shirt and dark blue jeans.

Police said he had a tattoo under his left eye, a tattoo on the front of his neck and a tattoo of brass knuckles on his left hand.