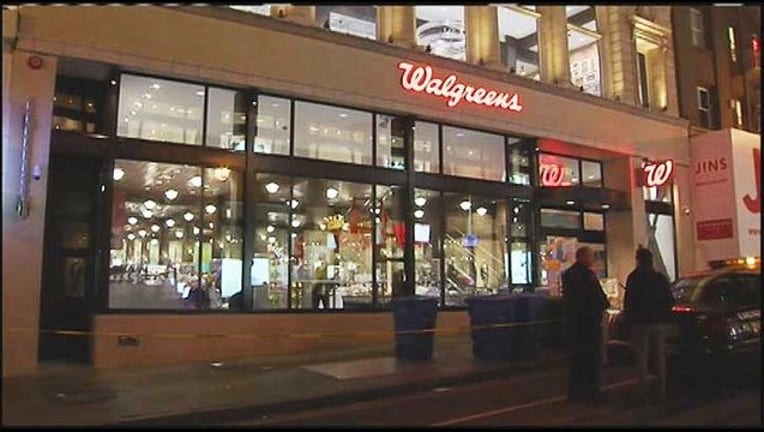 Shortly after 2 a.m., four teenage males got into a verbal altercation with a store security guard outside of a Walgreens store in the 100 block of Powell Street.

An employee at the store Wednesday said the Walgreens location is open 24 hours a day and that while she was not working at that hour, when she arrived for work she heard that a Walgreens employee was one of the victims.

San Francisco police Sgt. Monica MacDonald said one of the suspects was allegedly armed with a handgun.

One of the suspects then pulled out a knife and stabbed one of the employees who had just come out of the store, MacDonald said.

According to police, the victim was stabbed several times in the upper body.

Both victims were transported to San Francisco General Hospital with injuries not considered life threatening, according to police.

All four of the suspects fled, but officers responding to the scene were able to locate and arrest three of them, police said.

According to MacDonald, three suspects were arrested and one suspect is still outstanding.

The third person in custody is a juvenile whose information will not be released, MacDonald said.

Police described the outstanding suspect as a male of unknown race between 18 and 20 years of age. He was wearing dark clothing at the time of the incident.