Police are asking for the help in locating two suspects who escaped from a deadly attempted robbery at an Oakland gas station that left their companion dead and a retired Oakland police captain wounded.

OAKLAND, Calif. - Oakland police are looking for a black sedan wanted in connection to a robbery and attempted homicide that turned deadly and left a retired Oakland police captain wounded.

Police say surveillance footage from the October 21 shootout shows several suspects involved in the robbery getting into a black 2007 Nissan Sentra and leaving the scene.

Retired Oakland police captain Ersie Joyner - a man credited for the success of the department's anti-violence program – was wounded multiple times in the shooting and another person died during a robbery at an Oakland gas station. 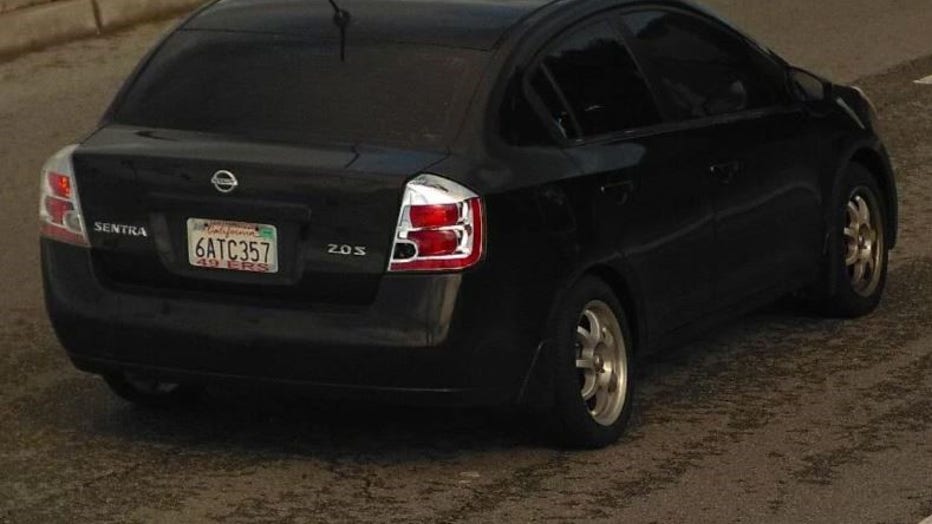 Joyner was at a Chevron station in the 1700 block of Castro Street in West Oakland pumping gas when three suspects pulled up in a black car and attempted to rob him at gunpoint around 1 p.m.

That's when Joyner pulled his own gun and opened fire, hitting and killing one of the suspects and injuring another, video at the gas station shows. Two of the suspected robbers returned fire and injured Joyner. On the video, the dead man's companions try briefly to drag him to their car, then give up and drive away in a black sedan.

Joyner underwent surgery at Highland Hospital and was placed in the intensive care unit, according to police. Police said Saturday that Joyner remains in critical but stable condition.

Retired Oakland police captain Ersie Joyner was wounded and another person died in a gun battle during an attempted robbery at an Oakland gas station, according to sources. Surveillance video shows the robbery at the pump and shots that followed.