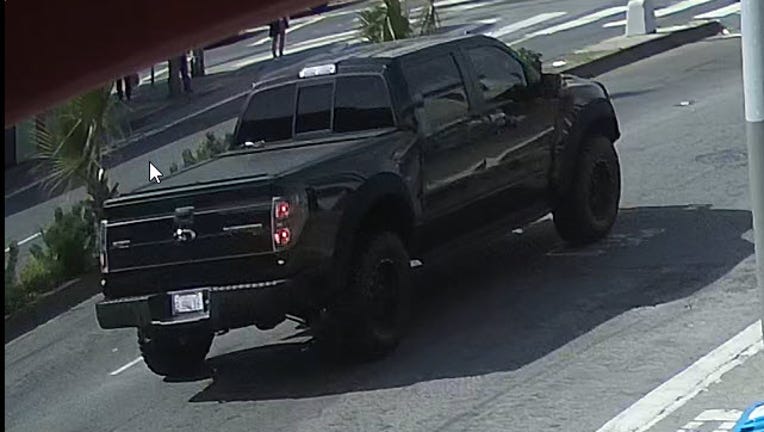 SAN FRANCISCO - Police in San Francisco are asking the public to help find a vehicle connected to a collision earlier this week in the city's Outer Mission neighborhood that killed a 79-year-old woman.

According to police, the collision happened Tuesday around 12:55 p.m. near the corner of Mission Street and Geneva Avenue.

There, officers found a pedestrian who had been struck by a vehicle in the roadway. The victim was hospitalized, but later succumbed to her injuries, police said.

The city's Medical Examiner's Office is working to identify the victim.

The driver who struck the victim, an 83-year-old woman driving a red Honda sedan, stayed at the scene and cooperated with the investigation, according to police.

Investigators are looking for a second vehicle that may have been involved in the collision, described as a 2010-2014 black four-door Ford Raptor pickup truck with tinted windows.

Police said the Ford truck was involved in a collision with the Honda sedan just prior to the Honda striking the victim. Investigators believe the Ford may have sustained damage to its right rear.

Advocacy group Walk SF said this is the city's fourth pedestrian death of the year. They said the intersection of Mission and Geneva streets is dangerous and busy.

"We desperately need the City to find a way to speed up the pace of safety improvements on our streets," said Walk SF executive director Jodie Medeiros. "Far too many people are paying the highest price for unsafe streets."

Police are asking the Ford truck's owner or the person driving it that day to contact the Police Department's Traffic Collision Investigation Unit Investigator Sgt. Luis Oliva at (415) 553-1641.